Since ancient times, birthstones have been thought to possess a magical force that could shield the wearer of the stone. Combining the lucky of the Irish with the mysterious forces of the birthstone jewelry creates a powerful talisman that can truly be a personal statement for the wearer. Learn about the birthstone chart, birthstone meaning and birthstones by month.

What is my birthstone?

A birthstoneis a unique gemstone that represents a person's month of birth. For instance if you were born in November your birthstone would be yellow topaz. 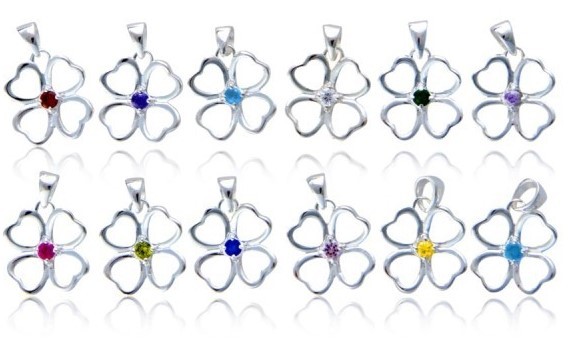 Have you ever wondered what stone is associated with your birthday?

What is the birthstone for all 12 months?

Our list of birthstones by month will help you understand what each birthstone means and why they make thoughtful and beautiful gifts.

Our list of birthstones by month will help you understand what each birthstone meansand why they make thoughtful and beautiful gifts.

HIstory tells us birthstones have been used since the first century as a way to give good luck on one's birthday. Gemstones are associated with each month and each precious stone has designated qualities associated with it.

In the New Testament, 12 foundation stones were given specific qualities related to Christ:

If you are in the market for jewelry for yourself or a loved one, and are unsure of where to begin your search, consider birthstone Irish jewelry. Give the gift of birthstone jewelry to your mom, your friend or even yourself!

Be inspired. Choose a birthstone and birthstone jewelry to mark a special occasion like a graduation or anniversary or to express your personal philosophy. Learn more >