Throughout history of the Celtic Knot and its meaning have been an important part of Irish heritage and culture. Many Celtic knots have been used as artwork by the ancient Celts to decorate monuments, Celtic jewelry and important manuscript works such as the Book of Kells.  Celtic knots and their meanings have long been associated with traditional Irish culture and adorned many things like Celtic jewelry even to this day.

While the exact origins of Celtic Knots are lost to time historians believe these Celtic symbols date to around 500 BC. Celtic knots have been found carved into ancient Celtic architecture, art and in illuminated manuscripts.  Celtic Jewelry is thought to date back to around 2000 BC to around 550 AD. This was the period in which historian believe Celtic craftsman began using silver and gold to craft beautiful Celtic jewelry adorned with Celtic symbols and knots.

The exact meaning of the Celtic knot has unfortunately been lost in through the centuries and are left to interpretation. The designs are embossed on large Celtic stone crosses all over Ireland that have with stood the test of time and are depicted in metal work and Celtic jewelry on ancient riches like the Ardagh Chalice part of the Ardagh Hoard on display at National Museum of Archaeology in Ireland in Dublin.

The Celtic love knot is a modern-day Irish tradition. Also known as the trinity knot, it is a religious symbol with both pagan and Christians heritage. In Celtic mythology, knots especially Celtic love knots symbolize the sacred geometry of the universe and being. It is customary to give a loved one a gift with thetrinity knot, or Celtic Love Knot,  like a necklace or ring, to embody feelings of love.

The Celtic eternity knot an ancient symbol of an interwoven spiritual path, endless love, and friendship. The eternity knot is a symmetrical knot that ties into itself without a visible beginning or end. The saying, "tying the knot" means to get married or engaged originates from the ancient Celtic custom of hand-fasting. In this Celtic custom of a couple having their hands bound together with an endless knot (or an eternity knot) in a symbolic ritual that binds them together as one forever.

The Celtic Mothers Knot is an unassuming stylized holy trinity with a parent and child embrace is representative of the Madonna and child. Combined with a Celtic trinity knot it is a true testament to the enduring bond between a mother, her child, faith, and their Celtic heritage.

The Sisters Knot is a symbol of sisterhood and the strong, eternal bond we share with our sisters and friends. The intricate Celtic knot heart is an unbroken line symbolic of an everlasting love. The stylized triquetra or triple spiral, woven within the Celtic knotheart symbolizes the three stages of woman. The three stages of woman are maid, mother, and wise woman. Where are you and your sisters on the spiral of life? Celebrate the powerful, lifelong bond of friendship between women with our Celtic Sisters Knot necklace.

There has been a very long-standing Irish tradition and understanding of the beautiful power and strength of friendship. The bonds of a Celtic friendship are a very spiritual connection that emphasizes the mutual importance of truth and trust between two friends. Any Celtic Friendship Knot is said to harbor the essence of friendship simply due to their implied symbolic meanings: Unity, union, partnering, joining, eternity, unbreakable, strength, and a host of like attributes.

Previous
Single or Taken? What a Claddagh ring says about your relationship status
Next
6 Most Admired Irish Symbols in Jewelry
Related Products 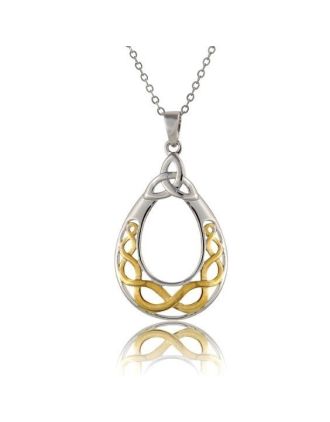 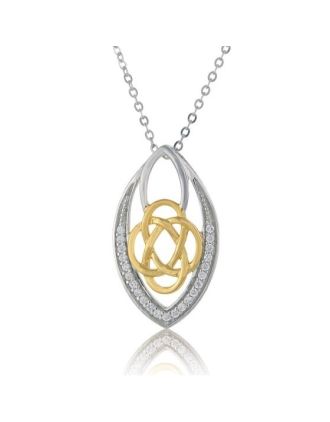 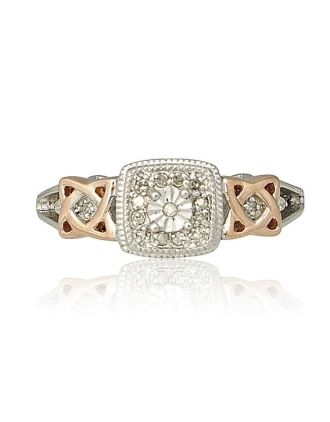