A Guide to Celtic Ogham Symbols and Their Meanings 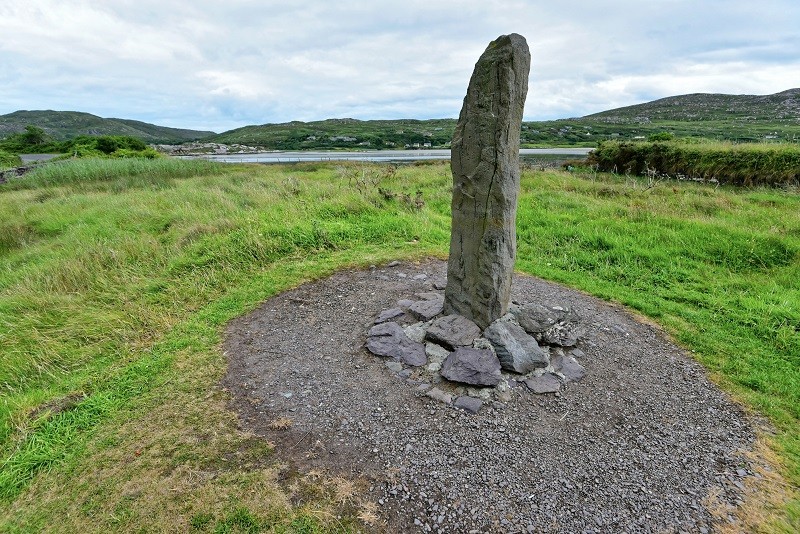 Ogham is a timeless and ancient alphabet. The term Ogham is derived from the word Ogma, which refers to the Celtic God of Elocution or eloquence. The Ogham alphabet consists of groups of one to five lines arranged vertically over a stem line, with each group representing a distinct letter.

The history of the beautiful, enchanting, and mythological Ogham alphabet is obscured by the mists of time. The Ogham script is the earliest written alphabet in Ireland, and its origin is still the subject of considerable conjecture.

Some experts date Ogham to the first century AD, while others place its origins in the fourth century. It is believed that the Ogham alphabet originated in southwest Ireland, likely in Cork or Kerry, but this enigmatic script prefers to preserve secrets!

Researchers can only state with certainty that it is an ancient alphabet that was widely used from the fourth to ninth centuries, mostly for ceremonial inscriptions. With our exquisite collection of Ogham jewelry, it is now able to share this illustrious past.

When did Ogham become obsolete?

Ogham is an alphabet found on monumental inscriptions from the fourth to sixth centuries AD and in manuscripts from the sixth to ninth centuries AD. Primitive and Old Irish were its primary uses, along with Old Welsh, Pictish, and Latin.

What is the number of Ogham stones in Ireland?

There are now about 400 ogham stones in existence, with the majority (roughly 360) located in Ireland. The biggest densities may be found in the southwest, namely in Kerry, Cork, and Waterford.

Is Ogham a Celtic language?

According to the High Medieval Bratharogam, distinct letters correspond to the names of different trees. Because of this, ogham is frequently referred to as the Celtic tree alphabet.

How does the Ogham script appear?

This ancient script is an alphabet consisting of a single horizontal line and a succession of vertical and diagonal lines for each letter. The lines symbolize several historic Irish letters. Today, around 400 instances of Ogham stones may still be discovered in Ireland and West Wales.

Did Druids use Ogham?

It is said that Ogham was founded by Gaulish Druids in Cisalpine Gaul circa 600 BCE as a hand signal and vocal language.

Is Ogham read from lowest to highest?

Every character is composed of many slashes. These would be read from bottom to top along the center line. Each letter is mostly found in Ireland and Western Wales and is related to a tree or plant. It is thought that the majority of Ogham was written in Old Irish.

About the Ancient Ogham Alphabet

In regards to the Ogham Alphabet, minimalism is beautiful. Reading from bottom to top, the alphabet is phonetic and is distinguished by each letter being represented by a succession of markings along a central vertical line.

Numerous myths are related to the enigma surrounding the alphabet. From legends of Celtic Gods to a secret code designed to confound neighboring British tribes, or simply as a means of converting Gaelic sounds into Latin letters, the reality surrounding the individuals who invented the alphabet remains as obscure as ever.

It is simple to see why Ogham is often known as the “Celtic Tree Alphabet.” The vertical line represents the tree’s trunk, while the vertical lines represent its branches. The outcome is a mysterious and ancient beauty that transcends conjecture.

Our Ogham jewelry collection incorporates all of these elements, merging myth, history, legacy, and beauty in a spectacular selection of bespoke pieces.

The Ogham Alphabet consists of twenty symbols, some of which are immediately transliterated into letters and others of which are more closely related to sounds. With these twenty characters, any name may be translated into Ogham.

When transliterating your name, the distinctions between the Ogham and Latin alphabets are essential. Numerous of these distinctions indicate that if you have an English name, it is preferable to choose its Irish counterpart.

This is shown by the fact that the letter J in Ogham is identical to the letter S. Considering that Sean is the Irish counterpart of John, this makes a bit more sense.

This is one of two Ogham stones on display at the National Museum of Ireland on Kildare Street in Dublin. Our store is merely a two-minute walk away. The museum is not enormous, yet it is beautiful. The National Museum is a highly rated and free attraction in Dublin.

A Part of the Past for All Occasions

Previous
Anam Cara, What does it mean to have a soul mate?
Next
The Many Irish Fairy Kings of Folklore
Related Posts
Related Products 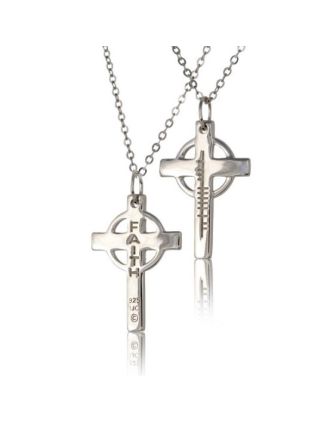 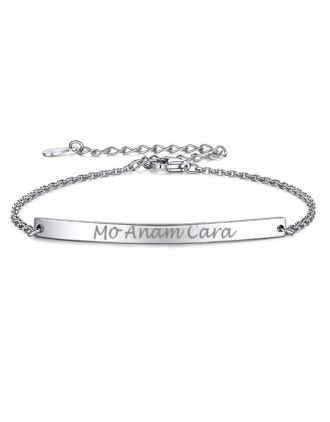