A Guide to Sapphires – September’s Birthstone 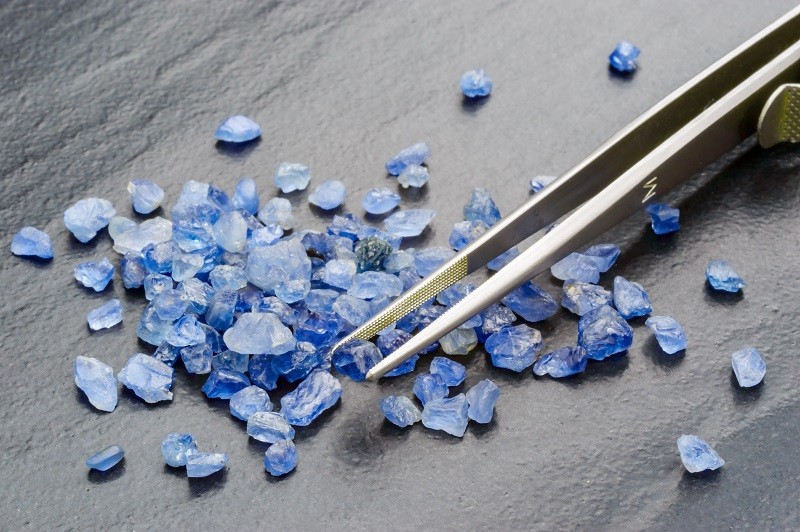 The sapphire, which is also known as the September birthstone, is a prized jewel that dates back thousands of years. Despite the fact that the word “sapphire” most often refers to the blue version of the mineral corundum, the sapphire birthstone is available in a wide range of other hues as well. Sapphires are thought to represent faithfulness and the soul, in addition to their long-standing association with the monarchy and the romantic pursuit of a partner.

Where did the word Sapphire originate?

The name sapphire originates from the Greek word “sappheiros,” and blue sapphire is considered to be one of the most desirable colored stones. Continue reading to discover more information about the September birthstone, including its history and the locations where it may be discovered.

Sincerity, honesty, fidelity, and nobility have all been historically associated with the September birthstone, the sapphire. Sapphires have been prized for their beauty and durability for countless years, making them a popular choice for royal and religious adornment. Ancient Greece and Rome’s upper classes had the belief that blue sapphires provided their owners with protection from injury and jealousy. Sapphires were worn by clerics throughout the Middle Ages because they were thought to represent heaven. The ancient Persians thought that the blue color of the sky was caused by a great sapphire that the planet truly lay on.

A Brief History of the Sapphire

In the year 1881, a landslide high in the Himalayas uncovered a vast pocket of velvety “cornflower” blue crystals, which led to the discovery of sapphires in the region of Kashmir. The Maharaja of Kashmir and his troops grabbed possession of the new region as soon as they discovered stunning sapphire deposits farther south. These deposits were found in the region. Between the years 1882 and 1887, tens of thousands of massive and exquisite crystals were unearthed. The reputation of Kashmir sapphire as one of the most sought-after gems in the world was created by the stones that were faceted from these crystals. Since then, production has been irregular, although auction houses still sometimes offer high-quality items of jewelry made from Kashmir sapphire.

Where are Sapphires found?

Kashmir, Myanmar (also known as Burma), and Sri Lanka are three historically significant sources for the September birthstone, the sapphire. Sapphires are found in all three of these locations. In addition to various nations in Asia and Africa, significant amounts of the gemstone associated with the month of September have been discovered in Australia, Thailand, Cambodia, Madagascar, and the state of Montana in the United States.

One of the most well-known examples of a sapphire is the Rockefeller Sapphire, which is a 62.02-carat rectangular step-cut stone that was discovered in Myanmar (Burma). The stone was recut and remounted over the years after being purchased from an Indian maharaja in 1934 by John D. Rockefeller, Jr. (1874–1960), a banker and philanthropist in the United States. The sapphire was first mounted as a brooch, but it was eventually fashioned into a ring with two cut-cornered triangular diamond side stones. The blue stone weighing 12 carats that are encircled by diamonds in the sapphire engagement ring that was originally owned by Princess Diana and then passed down to Kate Middleton, who is now known as the Duchess of Cambridge, is perhaps the sapphire that has gained the most notoriety in recent years.

The Mohs hardness scale places the sapphire, which is the September birthstone, with a value of 9. It has a high resistance to breaking and is devoid of cleavage, which is the propensity to crack when it is hit. Because of this, it is an excellent option for rings and other mountings that are susceptible to day-to-day use.

It is important to keep in mind, however, that sapphires are often treated in order to increase their color or clarity. Because heat treatment is so prevalent – and because the effects it produces are long-lasting – it is widely recognized in the industry. Treatments that are not as prevalent, such as lattice diffusion, fracture filling, and dyeing, may have specific requirements that must be met. Because the color that is produced by lattice diffusion is often quite superficial, it is possible that it may be removed from the stone if it were chipped or if it needed to be recut. Even weak acids like lemon juice are strong enough to destroy sapphires that have been fracture-filled or colored. Always inquire about whether or not a sapphire has been treated, as well as the process that was used.

When it comes to cleaning the September birthstone, the tried-and-true method of using warm water with a little bit of soap is your best bet. In most cases, untreated, heat-treated, and lattice diffusion–treated stones may be cleaned using ultrasonic and steam cleaning equipment without risk. Only a moist cloth should be used to clean material that has been colored or filled with fractures.

The culture and people of Ireland have had a significant impact on our selection of September Birthstone Jewelry. Available in a number of different designs, including the Claddagh and other Irish symbols. Earrings, rings, pendants, and bracelets are all included in the designs. Pick out a beautiful piece of sterling silver or gold jewelry with a September birthstone in it. Ireland is the source of inspiration for each painting. The month of September’s birthstone is the sapphire. 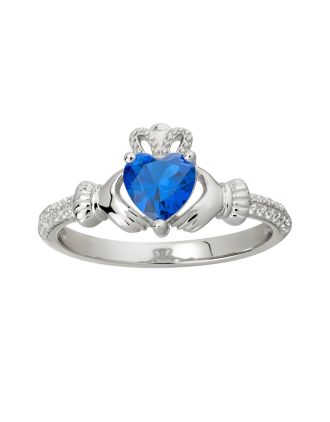