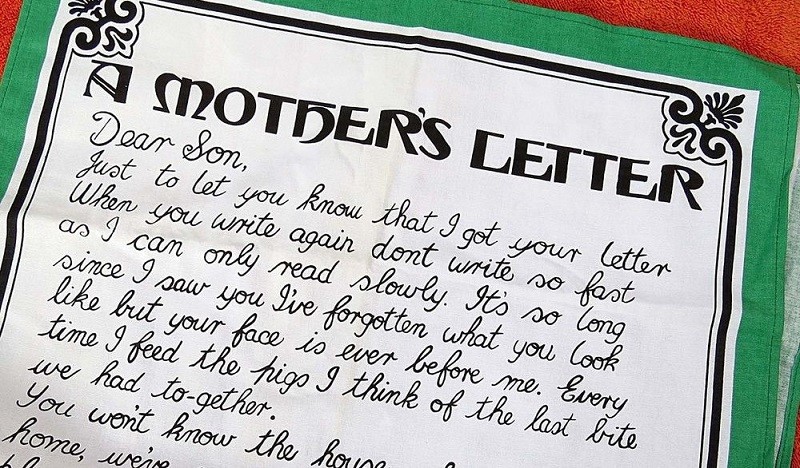 A letter from an Irish mother to her son. This hilarious message for Mother's Day is sure to make you laugh out loud and nod your head in agreement. For a good laugh on Mother's Day, forward it to your mother and any other mothers you know. So enjoy this Irish Mother's Letter.

Just a few lines to let you know I'm still alive. I'm writing this letter slowly because I know you can't read fast. We are all doing very well.

You won't recognize the house when you get home - we have moved. Your dad read in the newspaper that most accidents happen within 20 miles of your home, so we moved. I won't be able to send you the address because the last Irish family that lived here took the house numbers when they moved so that they wouldn't have to change their address.

This place is really nice. It even has a washing machine. I'm not sure it works so well though: last week I put a load in and pulled the chain and haven't seen them since.

Your father's got a really good job now. He's got 500 men under him. He's cutting the grass at the cemetery.

Your sister Mary had a baby this morning but I haven't found out if it's a boy or a girl, so I don't know whether you are an auntie or an uncle.

Your brother Tom is still in the army. He's only been there a short while and they've already made him a court-martial!

Your Uncle Patrick drowned last week in a vat of whiskey in the Dublin Brewery. Some of his workmates tried to save him but he fought them off bravely. They cremated him and it took three days to put out the fire.

I'm sorry to say that your cousin Seamus was arrested while riding his bicycle last week. They are charging him with dope peddling.

I went to the doctor on Thursday and your father went with me. The doctor put a small tube in my mouth and told me not to talk for ten minutes. Your father offered to buy it from him.

The weather isn't bad here. It only rained twice this week, first for three days and then for four days. Monday was so windy one of the chickens laid the same egg four times.

We had a letter from the under-taker. He said if the last payment on your Grandmother's plot wasn't paid in seven days, up she comes.

About that coat you wanted me to send you, your Uncle Stanley said it would be too heavy to send in the mail with the buttons on, so we cut them off and put them in the pockets.

John locked his keys in the car yesterday. We were really worried because it took him two hours to get me and your father out.

Three of your friends went off a bridge in a pick-up truck. Ralph was driving. He rolled down the window and swam to safety. Your other two friends were in the back. They drowned because they couldn't get the tailgate down.

There isn't much more news at this time. Nothing much has happened.

P.S. I was going to send you some money but I had already sealed the envelope. 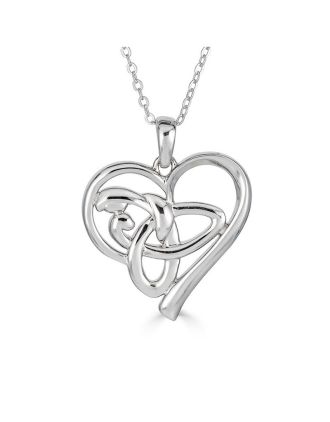