An Overview of the Irish Celtic Cross’s Origins, Symbolism, and Meanings 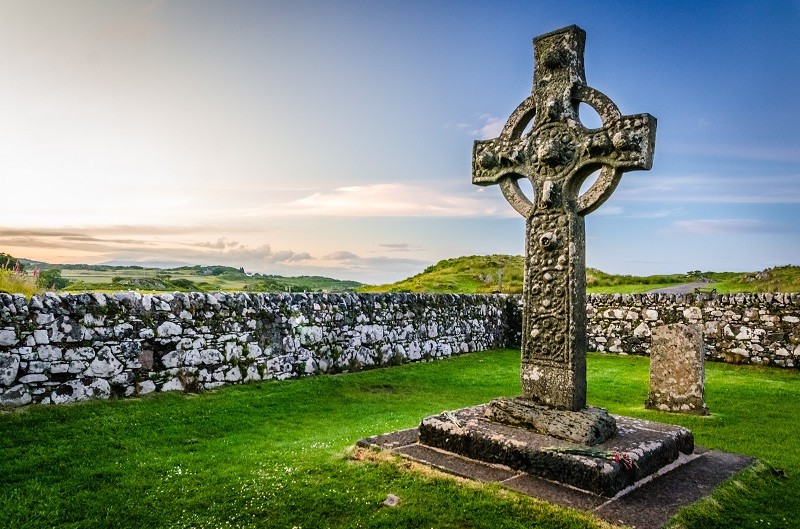 The Celtic Cross is well-known as a representation of Irish culture across the world.
Discover more about the beautiful stone monuments’ distinguishing characteristics, origin, history, functions, symbolism, and significance.

Ireland’s countryside is peppered with crosses.

If you have traveled on vacation or visiting family to the lovely Emerald Isle then a Celtic stone cross is likely to be seen on your travels across the stunning Irish countryside. Symbolic of Ireland and everything Irish, Celtic crosses may be seen in nearly all of the country’s 32 counties. Celtic cross jewelry and other ornamental arts, both ancient and modern, pay homage to these exquisite stone crosses.

A Look at the Celtic Cross’ Symbolism and Meaning

Many people point to the cross’s form as the distinctive characteristic of the Celtic Cross.
The ring strengthens the cross structurally by supporting the cross’s arms.
This has led some researchers to believe that this cross’s shape is a continuation of an earlier, more delicate one.

As well as representing an angelic halo, others believe it signifies the sun or some other celestial body, such as Jupiter. The early Catholic missionaries and St. Patrick himself, according to Christian and Celtic mythology, both failed miserably in their efforts to win over the Celts to Christianity.

These Are the Four Unique Characteristics of the Celtic Cross

It is estimated that Ireland’s oldest high stone crosses date from the 8th to 12th centuries. Intricate carvings may be seen on the crosses themselves, with the earliest showing knot-work and the most recent incorporating biblical narrative and inscriptions. They dominate the Irish countryside and are awe-inspiring. Most early crosses are no more than eight feet tall, although some later ones are considerably higher. At 23 feet, the highest point, it’s intimidating. These ancient Celtic Crosses have a number of unique characteristics despite their wide range in Celtic cross design.

What was the purpose of the Celtic Cross?

We’ll never know for sure why ancient humans began constructing such massive stone structures in the first place! High Crosses, also known as Celtic Crosses, are frequently seen at or near significant monasteries. Many were used for preaching, teaching Scripture, prayer, and penance, thus it’s possible they were utilized to demarcate boundaries or specific areas of the monastery. The more ornately carved crosses might have been an indication of the monastery’s riches and power. Many crosses are devoted to a particular event or patron saint, such as St. Patrick, or the Irish High Kings, who are remembered on them. 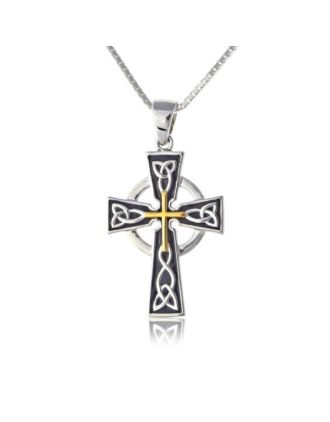 Add to Wish List Add to Compare
Black and Gold Celtic Cross Necklace
As low as $99.99 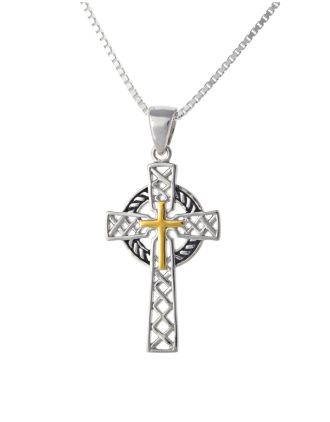