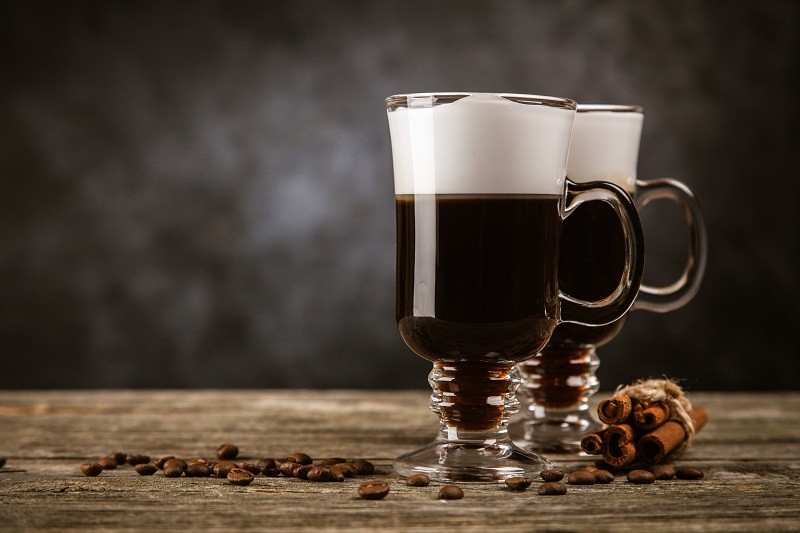 On the day of Saint Patrick’s Day, the remark that “everyone is Irish” is one that has been heard rather often. We are aware that this is the case, and we also are aware that it is simple to partake in the good fortune of the Irish by first partaking in a delectable dinner and then in a traditional Irish coffee.

An Irish Coffee is a wonderfully sinful treat during the cooler weather. Coffee drinks are one of the most decadent wintertime essentials that come to mind for us right now. They provide a double dose of caffeine and alcohol to the system all at once, making them ideal for either the beginning or the conclusion of a night out on the town. One of the most traditional coffee-based mixed beverages is called Irish coffee. It is the best possible mix of whipped cream, Irish whiskey, and sweetened coffee, of course. It is comforting, delicious, and surprisingly simple to prepare.

Do I really need to heat up my mug?

It is customary to prepare Irish coffee in a glass cup. To prevent the mug from shattering when the hot coffee is poured inside, the glass should be preheated with hot water first, and then a metal spoon should be left within while the coffee is being poured. If you are drinking your coffee out of a ceramic mug, you generally don’t need to be concerned about this at all. However, warming your cup can eliminate the cold and help your drink remain warm for a longer period of time, thus it is something that we strongly suggest doing.

DIRECTIONS FOR MAKING AN IRISH COFFEE

The History of the Irish Coffee Origins

Joe Sheridan, a cook working at Foynes Port in Ireland close to Limerick, came up with the recipe for Irish Coffee during the winter of 1943. During World War II, Foynes was converted into one of the largest civilian airports in Europe, and after the war, it was used as an airfield for transatlantic flights that often transported prominent politicians and Hollywood actors. The airfield was often used as a rest stop for longer flights in order to refuel, and passengers would frequently be required to remain the night owing to inclement weather. A new restaurant was constructed specifically to cater to the needs of these distinguished travelers.

One evening, an aircraft that was halfway through its route was forced to make a U-turn and return to Foynes Air Base. Because the passengers had been kept waiting, they were shivering, and they were exhausted, so Joe Sheridan, the head chef, decided to make something special for them to drink. The tale says that there was complete stillness in the room as each person savored this mouthwatering delicacy.

How did Irish Coffee get its name?

The following conversation is said to have given rise to the name, according to the legend: An American traveler was taken aback and asked another, “Hey Buddy,” “is this Brazilian coffee?” Joe said, “No, that’s not an Irish coffee.”

The Irish Coffee was a big hit and eventually became a popular specialty in airports. A travel journalist by the name of Stanton Delaplane brought Irish Coffee to the United States in the year 1952, just after the end of the war. He told Jack Koeppler, a bartender at the Buena Vista Hotel in San Francisco, about it and convinced him to make another one of the drinks.

Because it is easy to drink, all you need to do is relax and take pleasure in it.

Be sure to toast your Irish coffee with a hearty “Sláinte!” (pronounced slawn-CHA). It means “Health!” and is the Irish equivalent to “Cheers!”

Previous
The Meaning of 6 Import Celtic Animals Symbols in Celtic Jewelry
Next
What Makes Up a Full Irish Breakfast?
Related Posts
Related Products