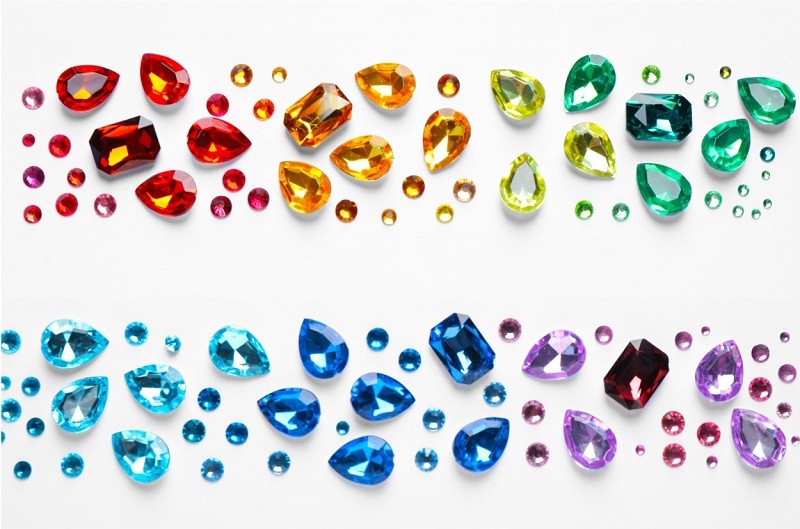 Learn birthstones and their characteristics, applications, and significance of the gemstones that are customarily considered to be the “birthstones” for each of the twelve months that make up the calendar.

It is possible to trace the history of birthstones all the way back to the period of the Bible. However, incorporating them in jewelry is a charming new tradition that only goes back a few hundred years. This shows how quickly fashion can change.

Within the context of this custom, each stone is meant to stand for a distinct month according to the Gregorian calendar. It is believed that Poland or Germany was the place of origin for this tradition; nevertheless, it has since spread all over the world, and our lovely Birthstone collection features some of the most well-liked present options available.

It is not hard to understand why this is the case. These are beautifully personal pieces of birthstone jewelry since they may be customized to order to reflect either your own birthday or the birthday of someone you care about.

Garnet is the January birthstone, and it is the most common gemstone linked with the month. It is an extremely hard stone that is coveted for its dark hue, which is most commonly an intense shade of purple or red; however, the stone’s color can also be orange or even green. This magnificent stone has been used in jewelry for thousands of years, beginning with the Ancient Egyptians, who set garnets in rings and used them for complex inlay. Garnets have a stunning brilliance, which may sometimes be compared to that of diamonds.

Amethyst, the February birthstone, is another type of stone that is exceptionally tough, making it well-suited for use in jewelry. It is highly valued for the purity and brilliance of its hue, which ranges from light lilac to a deep purple. They were a favorite of Catherine the Great and the royal families of Egypt, in addition to being used in the British Crown Jewels. Since royalty and power have always been linked with the color purple, amethyst is a fitting choice for anyone seeking a majestic look.

Aquamarine is the March Birthstone. Another type of rock with a very high degree of abrasion resistance is known as aquamarine. It gets its name from the stunning sea-blue hues that can range from light to dark. It has a beautiful vitreous shine and is highly sought after for its coloration. Aquamarine was also traditionally given to the bride on her wedding day to serve as a sign of long-lasting love and unity. This makes it a great choice for “something blue” as well as a nice present for a person born in March.

Diamond is the April Birthstone. Diamond, the most coveted gem in existence, is the traditional birthstone for those who were fortunate enough to be born in the month of April. Diamonds are the most durable of all gemstones and possess fire and glitter that are second to none. Although most diamonds that are used in jewelry are colorless, diamonds may really be found in a variety of hues, including pink and blue. They were considered to be the tears of the gods by the ancient Greeks.

Emerald is the May Birthstone. Because of its stunningly gorgeous dark green hue, emerald is often connected with the country of Ireland. The Irish and those fortunate enough to be born in May are not the only ones who value emeralds as precious stones; anybody may appreciate their beauty. It is well known that Cleopatra, the Queen of England, and Elizabeth Taylor all wore and treasured magnificent emerald jewelry. Cleopatra wore it first. The use of emeralds in engagement rings has become increasingly common.

Pearl, Moonstone, and Alexandrite are all June Birthstones. Yes, you read that correctly. There are not one, not two, but three different birthstones that are associated with the month of June.

The first is not strictly speaking a gemstone, but it has a long history of being associated with the month of June, and lovely pearl jewelry is a customary present for those fortunate enough to be born in June! The second is moonstone, which has been used in jewelry since Roman times. Its origins go back much farther. They thought that moonstone was formed when rays from the moon were consolidated and then cooled. Today, we know that it is a form of feldspar that has a luster that may be described as foggy milky or adularescence. Alexandrite is the third birthstone traditionally linked with the month of June. It was discovered in 1834 and was later given its name after a Russian Czar. Alexandrite, a gemstone that is highly valued for its remarkable ability to change color depending on the light, can shift from green and blue in daylight to purple and red in artificial light. Because of its extreme scarcity, the natural stone has a price that rivals that of a diamond. These days, you’ll be hard-pressed to find it as jewelry anywhere outside of a museum. However, now that there are lab variants that are more cheap, those born in June do not have to go without their genuinely lovely June birthstone.

July's birthstone ruby is stunning.  There aren't many things that are as eye-catching as the ruby birthstone. Pigeon's blood is the name given to the most desirable shade of the reddish-purple hue that is characteristic of the birthstone associated with the month of July. Ruby is a kind of the mineral corundum, and it receives its distinctive red color from very small levels of the element chromium. The deeper the red, the higher the chromium content.

Peridot is the August Birthstone. Peridot, in its natural state, is a gorgeous green gemstone that originates deep inside the soil and has exceptional toughness. Volcanoes are responsible for bringing it to the surface, and the Hawaiian goddess of fire and volcanoes, Pele, is linked to the phenomenon. Even on rare occasions, peridot has been discovered embedded within meteorites. An out-of-this-world option for kids born in August!

Sapphire is the September Birthstone. The gemstone known as sapphire is most commonly seen in a stunning shade of deep blue; however, this very durable stone can actually be found in every color, with the exception of red, which is more commonly found in the form of rubies.

Discovering Sapphire’s many more fascinating mysteries is within your reach. When Prince William proposed to Catherine Middleton in 2010, he famously presented her with a stunning blue sapphire engagement ring that weighed 12 carats and was his mother’s ring. Sapphire is quickly becoming the stone of choice for engagement rings, and it also makes an excellent present for a baby born in September.

Tourmaline is the October Birthstone. Its name, tourmaline, literally translates to “stone of mixed hues,” and it is distinguished from other gems by the rainbow of colors that are often contained inside a single stone. In point of fact, an Egyptian myth states that the tourmaline obtained its distinctive hue by traveling through a rainbow on its way up from the heart of the earth.

Topaz also called Citrine is the November Birthstone. Citrine is a gorgeous kind of quartz that can range in color from pale yellow to orange. Citrine gets its name from the citron fruit. It is a hard mineral, and as a result, it is mostly resistant to scratches and the normal wear and tear of everyday life. As a result, it is a great alternative for extremely wearing jewelry, and it is an excellent birthstone for babies born in November.

Blue Topaz is the December Birthstone. Topaz is a hard stone that can also be found in any color of the rainbow, making it a gorgeous choice for jewelry. Blue topaz is one of the rainbow’s colors. There are natural reserves of blue topaz in Texas, and in 1969, the state of Texas and the state of Utah both designated blue topaz as their official gemstone.

The month of December is also commonly connected with turquoise; however, because turquoise is a softer stone, it is more prone to damage. As a result, blue topaz is a magnificent alternative that is also more resistant to damage and is recommended for persons born in December.

Add to Wish List Add to Compare
Birthstone Claddagh Ring
As low as $69.99 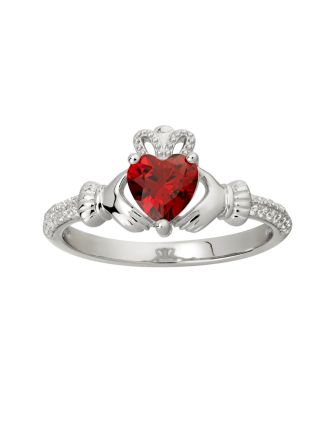 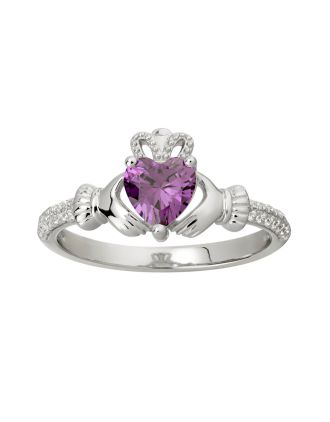