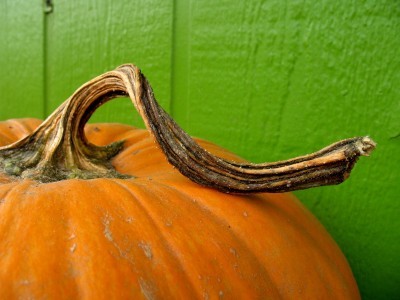 Celtic Halloween called Samhain in Gaelic is a traditional Celtic festival marking the end of the harvest season. It also marks the beginning of winter also known as the "darker half" of the year because the days get dramatically shorter. Samhain is traditionally celebrated at sunset on October 31st and lasts until sunrise on November first. This is considered the halfway between the autumn equinox and the winter solstice. This time during Samhain was seen as a transitional time, when the vail between this world and the other side could be crossed without difficulty allowing Aos SÃ­, or the 'spirits' like the 'fairies' into our world to create mischief. The Irish have many Celtic Halloween Traditions to ward off these spirits.

There are many old Irish legends that warn of Irish fairies and goblins that try to collect souls.

All Hallows Eve. Folklore says if you throw the dust from under your feet at the Fairy then they would be obliged to release any souls that they held captive.

The Dullahan - the Irish Headless Horseman

Another Irish legend talks of the Dullahan, or English translation dark man is unnerving. The Headless Horseman or Dullahan is the Irish fore-teller of death.

The Dullahan rides a jet black horse with flames shooting from its eyes, carrying his head under one arm. Irish folklore says that when he stops riding, a human dies.
There are many versions of this scary tale. Some say that the Dullahan throws buckets of blood at people he passes, while other say he simply calls out the name of the mortal that will soon die.
But as with most evil entities the Dullahan has a weakness. The Dullahan can not stand the sight of GOLD. So you would be wise when traveling on this Halloween to carry a wee bit of in case you have a run-in with this headless horror!

The Scream of the Irish Banshee

The Banshee, bean-sidhe (woman of the fairy may be an ancestral spirit appointed to forewarn members of certain ancient Irish families of their time of death. According to tradition, the banshee can only cry for five major Irish families: the Oâ€™Neills, the Oâ€™Briens, the Oâ€™Connors, the Oâ€™Gradys and the Kavanaghs. Intermarriage has since extended this select list.
Whatever her origins, the banshee chiefly appears in one of three guises: a young woman, a stately matron or a raddled old hag. These represent the triple aspects of the Celtic goddess of war and death, namely Badhbh, Macha and Mor-Rioghain.) She usually wears either a grey, hooded cloak or the winding sheet or grave robe of the unshriven dead. She may also appear as a washer-woman, and is seen apparently washing the blood stained clothes of those who are about to die. In this guise she is known as the bean-nighe (washing woman).
Although not always seen, her mourning call is heard, usually at night when someone is about to die.

The legend of the Celtic Cat

In Celtic folklore there is a magical set of cats or "fairy cats". In Scotland they are known as the cait sith. In Ireland they are called cait sidhe. Whether Gaelic or Scotch Gaelic they are both pronounced as â€œcaught sheeâ€. The cait sidhe aren't your ordinary felines, they are thought as fairies, even witches, and as spirit creatures that merely take the form of a cat. Those that have seen them describe them as being unusually large, all black cats with a spot of white fur on their chest. Generally, the cait sidhe is viewed as fearsome and was used as a symbol by Celtic warriors.