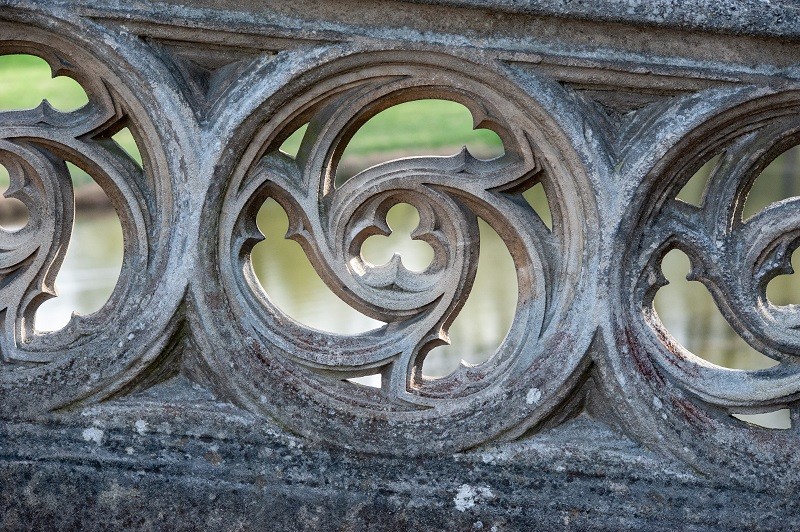 There is indeed a story associated with each old Celtic sign, such as the triskele. The symbolism of the triskele is complex, multifaceted, and open to a great deal of interpretation.

Have you ever been curious about the significance of the symbol known as the triskele, which is also referred to as the triple spiral and the triskelion?

What Does the Symbol of a Triskelion Mean?

The Triskele, also known as the Triple Spiral, is a complicated old Celtic sign. Its name comes from the Greek word “Triskeles,” which means “three legs.” Many people refer to it as a Triskelion, although its origins can be traced all the way back to the Neolithic period. It was first constructed in Ireland’s Newgrange, and you can see it there today. From the year 500 B.C. onwards, the usage of the triskele became more common throughout the Celtic civilization. Symbolists think that this ancient sign is representative of many different aspects of civilization at the time it was created, making it one of the most difficult symbols to comprehend.

To begin, one interpretation of the triskele is that it represents mobility because of the way all three of its arms are arranged to give the impression that they are expanding outward from the middle of the symbol. Movement, or motion, is said to denote energy. More specifically, the motion of activity, cycles, progress, revolution, and rivalry are all thought to be represented by this particular Celtic Symbol.

The precise symbolic value of the triskele’s three arms is the second topic, and for symbolists, this is the region that presents the most challenge. It is possible for this to be different depending on the age, society, mythology, and history, which is why there are many different interpretations of what these three extensions in the triple spiral sign imply.

It is believed that when these two regions are combined, the meaning of the Celtic triskele may be distilled down to a single concept. It is said to reflect a story of making progress toward knowledge via forwarding movement. On the other hand, it is assumed that this is not the sole meaning, since it is also supposed to symbolize three different realms in Celtic culture: the spiritual world, the world we live in now, and the world in the heavens. The number three has a significant meaning inside the triskele, just as it does within the ancient Trinity knot.

The symbolism of the triskele is complex, multifaceted, and open to a great deal of interpretation. This particular Celtic sign is quite a little more complicated than the others, and it is used rather often in contemporary Celtic jewelry. Triskele Pendants, triskele earrings, brooches, and charms from Ireland and the Celtic region are the most common forms.

Is the triskelion Pagan?

The spiral triskele is one of the fundamental symbols of Celtic Reconstructionist Paganism. It is used to signify a range of triplicities in cosmology and theology. Additionally, it is a well-liked symbol owing to its link with the divinity Manannán mac Lir.

How do you pronounce triskele?

It is possible to say "Treeskeel" or "Try Skeel" when referring to The Triskele.
Previous
August Birthstone History And Meaning
Next
Slainté an Irish Toast’s Pronunciation, Meaning and Origins
Related Posts
Related Products 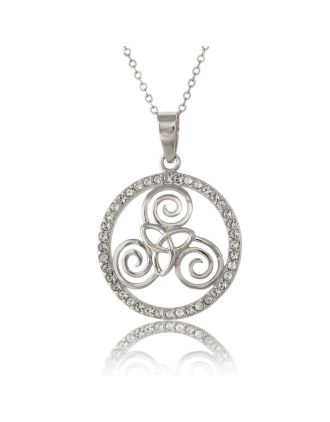 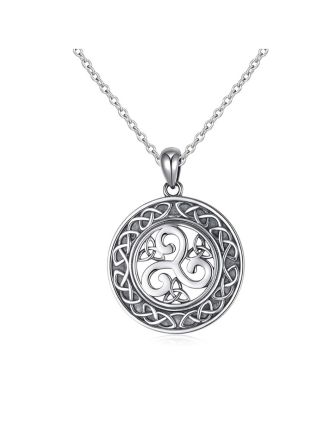 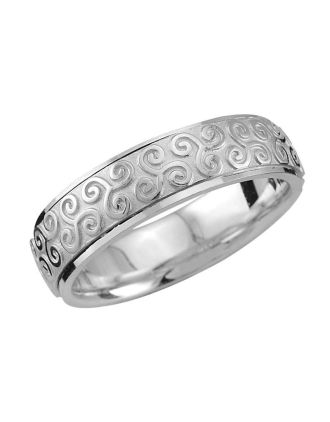