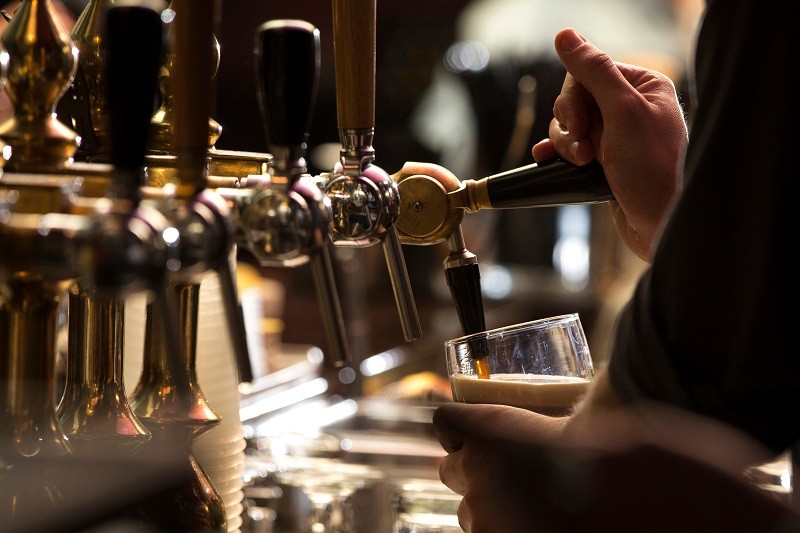 Are you planning a trip this year to Ireland? If so you will definitely want to check out this list of must-see Irish pubs in Ireland. It is imperative that you pay a visit to these fabulous Irish pubs and bars at least once in your lifetime in order to experience traditional Irish music, the warmth of Irish hospitality, Irish beers, and much more.

Seáns Bar in Athlone, County Westmeath, which was built in the 10th century, has the distinction of “oldest bar in Ireland.” Irish pubs have been around for close to a millennium, making it the clear frontrunner for the title of “oldest pub in Ireland.” The Brazen Head, located in Dublin City, is recognized as the “oldest bar in Dublin” due to its foundation in the year 1198. With that being said we have compiled a short list of a few other Irish pubs with think are worth seeing while traveling Ireland.

O’Connor’s Famous Pub is located in County Galway and is the ideal setting for any Galway Girl. O’Connor’s Bar, which is located in the picturesque seaside location of Salthill, asserts that it was Ireland’s first singing bar. That might be argued either way, but thanks to Ed Sheeran, it is without a doubt the most popular pub in all of Ireland.

O’Connors makes an appearance in the music video that Ed Sheeran created for his smash single “Galway Girl,” which also features the actress Saoirse Ronan. If you are interested in going to O’Connor’s, you should know that it is a TRUE Irish bar, which means that it does not have any televisions, does not sell any food, and only opens at night. There is no way you should skip a night spent here.

A leader in both drink and music, Matt Molloy’s may be found in County Mayo. Where can you hear the greatest traditional Irish music performed live seven nights a week? That would be the Irish pub Matt Molloy in Westport.

The proprietor of this bar is also a member of the internationally acclaimed traditional Irish music group The Chieftains. The relationship to the great Irish band The Chieftains is the most effective form of advertising for the establishment. It is one of the most famous Irish pubs and bars in all of Ireland due to the wonderful nights filled with music and craic that can be enjoyed at this establishment. If you are in Westport we definitely recommend having a pint at Matt Molloy’s Pub. In a word, if you want to enjoy a night filled with craic and music in a lively bar, you should put Matt Molloy’s on your list of potential destinations.

Temple Bar, which is located in County Dublin, can be found smack dab in the middle of Dublin’s most well-known bar area. Temple Bar is a name that is recognized in many parts of the world, and you will be happy to learn that there is, in fact, a Temple Bar.

The Temple Bar is famous all throughout Ireland and is known for being the ideal location to unwind with a pint. It is impossible to adequately describe the vibe both inside and outside of the pub; it is simply something that one needs to feel for themselves. This year, you really must put a trip to The Temple Bar on your must-do list.

Tigh Neachtain, which is located on the corner of Cross Street and has been selling pints of beer since 1894, is a popular establishment in Galway for both its cuisine and its drink. Try to get a spot inside for one of their live music sessions, or arrive early to have a better chance of getting a table outside in their sunny drinking area. If you are able to secure a seat inside, there is a chance that you will never want to leave. Since the bar is a huge supporter of music and art (it is located in Galway, after all), you can anticipate a lot of cultural events occurring around the time of the Galway Arts Festival in July.

One of the most well-known pubs and bars in all of Ireland is located in the county of Antrim and is called The Crown Liquor Saloon. The Crown, which can be situated in the middle of Belfast city, was formerly thought of as the most powerful Victorian gin palace in the whole country. It still has many of the characteristics that were typical of the Victorian era, such as gas lighting, intricate wood carving, and polished brass. This bar is not only difficult to miss, but also not one you want to miss out on.

The Folk House in Kinsale, which is located in the county of Cork, is a traditional Irish tavern. Due to its laid-back ambiance, blazing open fireplace, and exposed stone walls, the Folk House in Kinsale is the epitome of a traditional Irish bar in its purest form.  Additionally, the bar offers a wide variety of beers and whiskeys for patrons to pick from.

A picture that illustrates the history of pubs in Ireland. It wasn’t until the latter half of the 17th century that the phrase public house was coined. Prior to that time, “alehouses,” “taverns,” and “inns” were the terms that were used to refer to establishments that were accessible to the general public.

Why do people associate Ireland with pubs?

The genuine atmosphere and friendly atmosphere of Irish pubs have contributed to their widespread popularity. People rave about how much fun the Authentic Irish Pub is, how inviting the staff is, and how much they want to be a part of the community there.

What are the origins of the Irish pub?

The Romans are responsible for the establishment of most aspects of life in the western world, including the bar. As the Roman Empire spread into Celtic Europe, its soldiers, traders, and colonists were able to travel more easily because of the construction of roads. Approximately every 20 miles or so along these highways, there would be a “Tabernae”…or “Tavern.”

What to Know When Visiting an Irish Pub …

One thing is for certain is that the traditional watering hole known as the Irish Pub plays a significant role in Irish civil society. Many of our most accomplished authors got their start in Irish pubs. All of these authors, James Joyce, Samuel Beckett, Oscar Wilde, and Brendan Behan, produced short tales in which the Irish pub served as the primary setting. In Ireland’s pubs, many of the world’s greatest authors have gone in quest of new ideas.

It is customary for the person who invites you to an Irish bar to pay for the first round of drinks upon entering the establishment. However, in order to maintain the spirit of the occasion, you should place the following order before the other customers have finished their beverages. The Irish Pub in Ireland is, and always has been, the most popular destination for vacationers.

So how do you say Cheers in Irish?

The Irish word for "cheers" is sláinte, which is pronounced somewhat similarly to "slawn-che." Sláinte is an Irish toast that means "health," and if you're feeling very bold, you can also add "sláinte is táinte," which literally translates to "health and riches."