In mid-June of 2022 Ireland will be conducting a census of sorts to determine the age of the country’s population. It is called The Irish LongituDinal Study on Ageing or TILDA.

What does Tilda stand for?

TILDA, which stands for the Irish Longitudinal Research on Ageing, is a large-scale, nationally representative, longitudinal project on aging in Ireland. The ultimate goal of this study is to make Ireland the greatest location in the world to grow old.

TILDA conducts a series of data collecting waves once every two years with the aim of obtaining information from adults aged 50 and older regarding all aspects of their health as well as their economic and social conditions. TILDA stands apart from other longitudinal studies due to the comprehensive nature of the physical, mental, and cognitive health measurements it collects. TILDA is one of the most thorough research projects of its kind both in Europe and worldwide as a result of these data as well as the substantial social and economic data that is also included in the study.

Well, it's sorta a pandora's box question. According to the findings of recent scientific studies published by Ireland’s Minister Donohoe from the Irish Dept. of Finance, the Irish are unequivocal and unmistakable living longer. The average lifespan in Ireland is increasing, while the country’s birthrate is decreasing. To put it another way, Ireland’s population is becoming older. This natural process is expected to pick up speed in the not-too-distant and more distant future.

What is the largest age group in Ireland?

Although Ireland is now considered to be a “young” country, the percentage of senior citizens is expected to significantly increase in the years to come. Although there is not one specific age at which individuals are required to retire in Ireland, 65 is typically considered to be the age at which the majority of people retire. There are maximum ages that participants must be to be allowed to participate in specific activities, such as entering certain professions.

Is Ireland a good location for braving retirement?

If you want to retire in Ireland as a person with independent means, you need to have an annual income of at least €50,000 by the time you do so. You should also have ready access to a large quantity of money so that you can meet any unexpectedly high costs. This one-time payment should be about equivalent to, for instance, the cost of a single-family home in the state.

In conclusion, one thing is for sure there is an abundance of activities for retirees in Ireland looking to lead peaceful and active lifestyles. Such activities include golfing, hiking, fishing, gardening, and sightseeing. Ireland is also centrally located for easy and fairly inexpensive travel to Europe for adventurous spirits.

Previous
An Emblem of Royalty and Authenticity: THE IRISH WOLFHOUND
Next
The Irish Flag - The Tricolor Meaning and History
Related Posts
Related Products 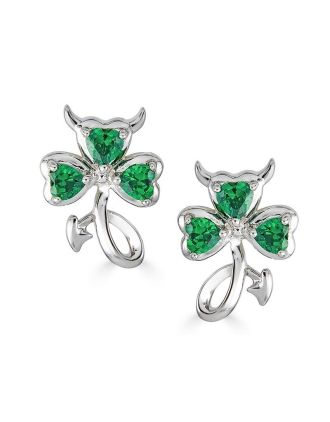