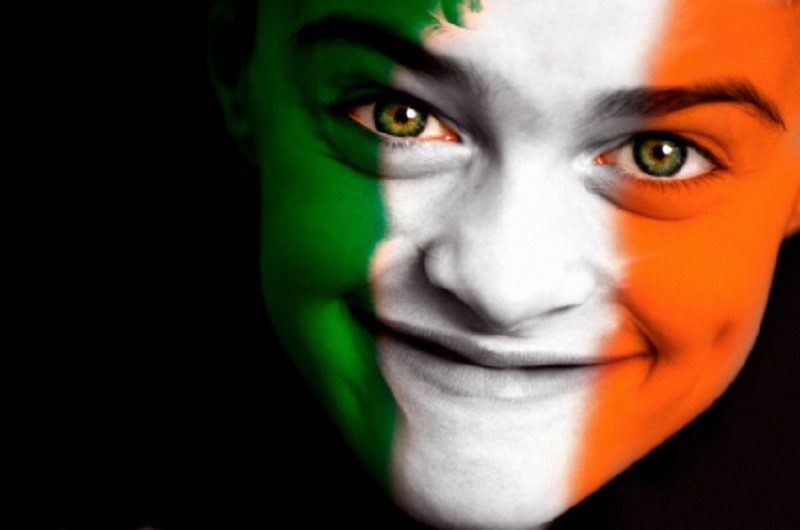 Did you know that Ireland, the beautiful emerald isle, was one of the very first countries to adopt the use of surnames, aka, Irish last names or better yet Irish surnames? Many of the Irish surnames of come from the reign of Brian Boru and the clans of that time. Brian Boru was the High King of Ireland who was defeated protecting Ireland from a Vikings invasion.

Like many surnames, Irish surnames were started to identify a son separately from his father or a grandson from his grandfather but from them. Irish surnames you are familiar with like Murphy, Sweeny, Ryan, etc. come from the culture of the Gaels. The Celts populated Ireland (and ultimately Scotland and the Isle of Man). The Gaels sailed from Iberia to Ireland. A group of kin or family in the Gaelic culture is known as a clan. The unique Gaelic (Gaedhilge) languages fall under the Celtic languages. Gaelic languages are considered endangered today. Gaelic is the language of ancient Ireland and the dialects that have established it, particularly those commonly recognized as Irish. Popular Gaelic phrases you might be familiar with are máthair meaning mother, mo anam cara meaning soul mate, or sláinte meaning cheers. These Irish phrases have been popularized by Irish Jewelry and Celtic Jewelry inspired by their meaning.

Gaelic or Irish surnames are “patronymics” which means, they indicate patrilineal descent such as “son of “. Frequently the Irish and Scottish used Gaelic prefixes with Irish surname meanings . Prefixes such as Mac or Mc, which is the Gaelic word for “son”. So, for the son, Mac was attached to the father’s name or trade. Likewise, O is a word all by itself in Gaelic, for “grandson” when used before a grandfather’s name or trade. As Gaelic names became Anglicized, the English surname sometimes lost their prefixes:

Over one hundred Irish surnames or last names, together with their respective meanings, pronunciations, and additional information, may be found in the following last name guide.

This Irish surname was prevalent, settling in Fermanagh, Galway, Kerry, Kilkenny, and Westmeath. The Brennan surname in Ireland is now mostly found in County Sligo and the province of Leinster.

Common in both England and Ireland, the Irish Brown families are mostly found in the province of Connacht (specifically Galway and Mayo), as well as Kerry.

Meaning: It denotes the brown complexion of the skin or brown hair color.

The O Boyles were chieftains in Donegal, ruling west Ulster with the O Donnells and the O Doughertys. Boyle descendants can also be found in Kildare and Offaly.

The Norman last name Burke originated from the borough of Caen in Normandy (de burg means “of the borough”). The Burkes have been in Ireland since the 12th century, settling mainly in the province of Connacht.

Meaning: refers to a ‘fortress’ or ‘castle.’

The O Byrne (Ó Broin) family originally came from Kildare, until the Anglo-Normans arrived, and they were driven south to the Wicklow mountains. The Byrne surname is still quite common in Wicklow, as well as Dublin and Louth.

Meaning: descendant of Bran’ where Bran refers to a ‘raven

The Callaghans were a powerful family in the province of Munster. Individuals with the Irish surname Callaghan (also spelled Callahan) are most numerous in Clare and Cork.

Campbell families are very prevalent in Donegal (most are descended from Scottish mercenary soldiers), as well as in Cavan. Campbell is a descriptive surname meaning “crooked mouth.”

The Carroll surname (and variants such as O’Carroll) can be found throughout Ireland, including Armagh, Down, Fermanagh, Kerry, Kilkenny, Leitrim, Louth, Monaghan, and Offaly. There is also a MacCarroll family (anglicized to MacCarvill) from the province of Ulster.

Meaning: hacking with a weapon

One of the oldest surnames in Ireland, the O Clery surname (anglicized to Clarke) is most prevalent in Cavan.

The common Irish surname Collins originated in Limerick, though after the Norman invasion they fled to Cork. There are also Collin families from the province of Ulster, most of whom were probably English.

Three distinct O Connell clans, located in the provinces of Connacht, Ulster, and Munster, are the originators of many of the Connell families in Clare, Galway, Kerry.

Originally an Irish clan from Galway, the Connolly families settled in Cork, Meath, and Monaghan.

Meaning: nickname for ‘someone as valiant as a wolf’ and later evolved as a last name in Ireland.

In Irish Ó Conchobhair or Ó Conchúir, the Connor last name means “hero or champion.” The O Connor family was one of three royal Irish families; they are from Clare, Derry, Galway, Kerry, Offaly, Roscommon, Sligo and the province of Ulster.

Meaning: Old Irish and means a ‘wolf’ or a hound dog.

The Irish Ó Dálaigh comes from dáil, meaning a place of assembly. Individuals with the Daly surname hail primarily from Clare, Cork, Galway, and Westmeath.

The name in Irish (Ó Dochartaigh) means obstructive or hurtful. In the 4th century, the Dohertys settled around the Inishowen peninsula in Donegal, where they’ve primarily stayed. The Doherty surname is the most common in Derry. Also spelled Dougherty and Daugherty.

The Doyle last name comes from dubh ghall, the “dark foreigner,” and is thought to be Norse in origin. In the province of Ulster, they were known as Mac Dubghaill (MacDowell and MacDuggall). The greatest concentration of Doyles is in Leinster, Roscommon, Wexford, and Wicklow.

Ó Dubhthaigh, anglicized to Duffy, comes from an Irish name meaning black or swarthy. Their original homeland was Monaghan, where their surname is still the most common. They are also from Donegal and Roscommon.

From the Irish for brown (donn), the original Irish name Ó Duinn has by now lost the O prefix. In the province of Ulster, the final e is omitted. Dunne is the most common surname in Laois, where the family originated. Also occasionally spelled Donne.

Meaning: Old English word for ‘dark’ or from ‘donn’ the Gaelic word for ‘brown.’

The O Farrell chieftains were lords of Annaly near Longford and Westmeath. Farrell is a surname generally meaning “valiant warrior.”

A Norman family who came to Ireland in 1170, the Fitzgeralds (spelled Mac Gearailt in parts of Ireland) claimed vast holdings in Cork, Kerry, Kildare, and Limerick. The surname Fitzgerald translates directly as “son of Gerald.”

Meaning: name ‘Gerald’ refers to ‘rule of the spear.’

The Irish surname Ó Floinn is prevalent in the province of Ulster. However, the “F” is no longer pronounced, and the name is now Loinn or Lynn. The Flynn surname can also be found in Clare, Cork, Kerry, and Roscommon. It is a patronymic Irish surname meaning ‘son of Gerald.

Meaning: name ‘Flann’ refers to ‘reddish’ or ‘scarlet’ in Gaelic.

The Healy surname is mostly found in Cork and Sligo.

Meaning: referring to a ‘descendant of the claimant.’

The Hughes surname, both Welsh and Irish in origin, is most numerous in three provinces Connacht, Leinster, and Ulster.

Meaning: name ‘Aodh’ is derived from ‘Aed,’ an Old Irish word for ‘fire.’

The Kennedy surname, both Irish and Scottish in origin, hails from Clare, Kilkenny, Tipperary, and Wexford.

The Lynch families (Ó Loingsigh in Irish) were originally settled in Clare, Donegal, Limerick, Sligo, and Westmeath, where the Lynch surname is most common.

The Maguire surname is the most common in Fermanagh. Also spelled McGuire. Maguire is an Irish clan surname from the Gaelic Mac Uidhir, meaning “son of Odhar” or “son of the pale-colored one.”

Meaning: MacCarthy refers to a ‘son of Carthach’ and Carthach means ‘loving.’

Munster was the territory of the Mahoney clan, with Mahonys (or Mahoneys) being most numerous in Cork. Brodceann O’Mahony was the eldest of the four sons of Mathghamain, known as “The Four Descendants”. The O’Mahonys were Cenél nÁeda princes of the ancient Eóganacht Raithlind.

The Martin surname, common in both England and Ireland, can be found primarily in Galway, Tyrone, and Westmeath.

The ancient Irish Moores settled in Kildare, while most Moores are from Antrim and Dublin.

The most common of all Irish names, the Murphy surname can be found in all four provinces. Murphys are primarily from Antrim, Armagh, Carlow, Cork, Kerry, Roscommon, Sligo, Tyrone, and Wexford, however.

The Murray surname is especially prolific in Donegal.

Irish spelling: Ó Muireadhaigh
Meaning: Descendant of Muireadhaigh, a seaman. Muireadhach is a variant of ‘Muiredach’ referring to ‘lord’ in Irish.

Nolan families have always been very numerous in Carlow, and can also be found in Fermanagh, Longford, Mayo, and Roscommon. It is an anglicized version of ‘Ó Nuallain’ referring to ‘descendant of Nuallan.

One of Ireland’s leading aristocratic families, the O Briens are primarily from Clare, Limerick, Tipperary, and Waterford. It originates from ‘Ó Briain,’ which means ‘descendant of Brian.

The O Donnell clans originally settled in Clare and Galway, but today they are most numerous in County Donegal. Sometimes modified to O’Donnelly. It is the anglicized variant of ‘Ó Domhnaill’ which means ‘descendant of Domhnall.’

Meaning: Domhnall is the Gaelic version of the phrase ‘ruler of the world.’

One of three royal Irish families, the O Neills are from Antrim, Armagh, Carlow, Clare, Cork, Down, Tipperary, Tyrone, and Waterford. This surname refers to ‘descendant of Neil.’

From Ceann, the Irish word for head, the name Ó Cuinn means intelligent. In general, Catholics spell the name with two ns, while Protestants spell it with one. The Quinns are primarily from Antrim, Clare, Longford, and Tyrone, where their surname is the most common. It is an anglicized version of ‘Ó Cuinn’ that means ‘descendant of Conn.’

Meaning: Conn refers to a ‘chief’ in Gaelic.

Descendants of the O Conor kings of Connacht, the Reillys are primarily from Cavan, Cork, Longford, and Meath.

The Ó Riain and Ryan families of Ireland are primarily from Carlow and Tipperary, where Ryan is the most common surname. They can also be found in Limerick. This Irish surname is an anglicized version of ‘Ó Riain’ meaning ‘descendant of Rian.’

Originally the Shea family was from Kerry, though they later branched out to Tipperary during the 12th century and Kilkenny by the 15th century. Sometimes modified to Shay.

The Smiths, both English and Irish, are primarily from Antrim, Cavan, Donegal, Leitrim, and Sligo. Smith is the most common surname in Antrim.

Originally settled in County Tipperary, the Sullivan family spread into Kerry and Cork, where they are now most numerous, and their surname is the most common. It is an anglicized form of ‘Ó Súileabháin,’ meaning ‘descendant of Suileabhan.’

Sweeney families are found primarily in Cork, Donegal, and Kerry.

Irish spelling: Mac Suibhne
Meaning: Son of Suibhne, a Scottish lord whose grandson arrived to Ireland and brought the name with him.

This English name is the second most common non-Irish name found in Ireland, especially in Ulster. The Thomson surname, without the “p,” is Scottish. Thomson is most common in Down.

The name came into use to describe the Welsh people who came to Ireland during the Anglo-Norman invasions. Walsh families were very numerous throughout all four provinces of Ireland. Walsh is the most common surname in Mayo.

White families can be found in Ireland throughout Down, Limerick, Sligo, and Wexford. It is a descriptive name given to a person who was fair-haired or had a pale complexion, from the Middle English “whit,” meaning “white.” Fionn mac Cumhail was a legendary Irish hero who became all-wise by eating an enchanted salmon. He fought against the giant Fomors with his son Oisín and grandson Oscar.

Meaning: a person who was fair-haired or had a pale complexion, meaning “fair” or “white“. 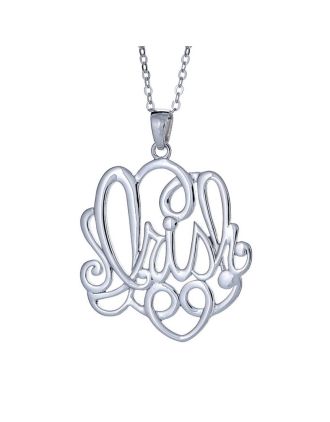