Who was Saint Patrick?

Saint Patrick was a Christian missionary and is regarded as the patron saint of Ireland. St. Patrick lived from AD 373–493, and ministered mostly in Northern Ireland from AD 433 until his death. Irish legend credits Patrick with banishing snakes from the island of Ireland although Ireland never actually had snakes. Let’s just chalk that up to some poetic license. It has however been suggested that snakes referred to the serpent symbolism of the pagans also called the Druids. Saint Patrick is also credited with teaching the Irish about the Holy Trinity by showing people the shamrock and a three-leaved clover. Legend also says St. Patrick, while preaching Christianity, drew a cross through a Celtic circle symbolic of the moon Goddess. Hence the Celtic cross was born. Today the circle of the cross is viewed as a of God’s endless love.

Why do we wear green on St Patrick’s Day?

Old Irish folklore says that wearing green makes one invisible to mischievous creatures like leprechauns, fairies who pinch those not wearing the green.  As a matter of superstition people began pinching anyone not wear green as a reminder that leprechauns were lurking about.

The origin of the “wearing of the green” dress code for St Patrick’s Day dates can be dated to the 1798 Irish Rebellion, the major uprising against the British in Ireland. It was during this rebellion when the shamrock, a three leaf clover became a symbol of Irish nationalism.

Previous
Shamrocks: A Symbol of Ireland
Next
Learn How to Pronounce the Word "Claddagh" Like a Real Irishman
Related Products 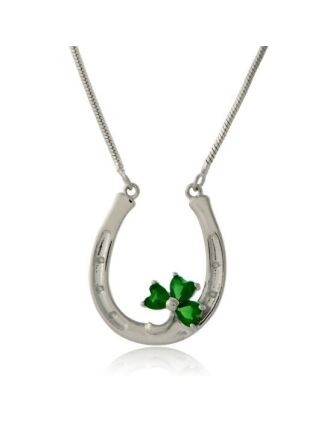