The Advanced Guide to 10 Surprising Facts About Emeralds 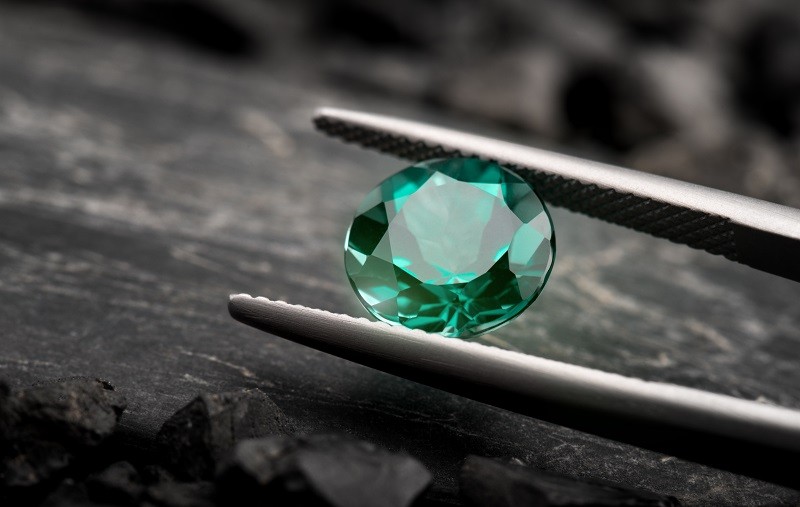 Egypt was home to the world’s earliest emerald mines, which date back to at least 330 B.C. and continued to operate far into the 1700s. It was well known that Cleopatra cherished emeralds, and she even included them in the regal adornments that she wore. Conquistadors from Spain in the 16th century uncovered mines in South America that had been buried by the Incas. The unexpected availability of a large and extraordinary supply of emeralds caused the people of Europe to fall madly in love with the enchantingly gorgeous gemstone.

Even after almost 500 years, emeralds have not lost their power to charm. The month of May is associated with the emerald as its birthstone due to the fact that its emerald green tint represents the rebirth and rejuvenation that comes with the spring season. Because of the “luxury and elegance (it offers) to the palette,” Pantone selected it as the Color of the Year for 2013.

When the mineral beryl is exposed to chromium, vanadium, and iron, an emerald can be created. Emerald’s spectrum of colors results from the existence of these three components in various amounts. Chromium and vanadium form a vivid green hue. The blue color of the stone is due to the presence of iron.

In his poem titled “When Erin first awoke,” the Irish poet William Drennan is widely regarded as the one who originally used the name “Emerald Isle.” Since then, Ireland has been inextricably linked to the color emerald.

Below are a few facts about Emeralds that we are willing to wager you didn’t know if you are interested in learning more about the lovely birthstone for May or contemplating buying in a piece for either the 20th or the 35th anniversary of your marriage.

What is it that an emerald symbolizes?

The silky green tint of this entrancing stone cannot be mistaken for anything else. The vibrant hue is well recognized as the color of spring and has, for a very long time, been regarded as a sign of love, hope, and the revival of life. Emerald is a beautiful stone that is connected with the goddess Venus, and it is often thought that it may help increase fertility.

1. Emeralds do not always have an “emerald green” color.

Because of its name, it may sound a little strange, but emeralds may really come in a wide variety of colors! The popular Johnny Cash song “Forty Shades of Green” is, in all honesty, not too far off the mark when it comes to describing the world around us. Emeralds range in color from deep green to pastel green tints. The emeralds with the darkest green colors are considered to be the most valuable and costly. The precise amounts of trace elements chromium, vanadium, and iron found in the stone are responsible for the stone’s beautiful array of colors.

When the mineral beryl is exposed to chromium, vanadium, and iron, an emerald can be created. Emerald’s spectrum of colors results from the existence of these three components in various amounts. Chromium and vanadium form a vivid green hue. The blue color of the stone is due to the presence of iron.

Emeralds that range in color from bluish-green to green and have a tone that is medium to medium dark are considered to be the most expensive. Because emeralds tend to form in prisms with six sides, they are inherently well-suited for the emerald cut and are frequently fashioned into this shape.

2. The Emerald’s Cut Is the Most Important Part!

Because emeralds tend to form in prisms with six sides, they are inherently well-suited for the emerald cut and are frequently fashioned into this shape. The cut of a gemstone also has a role in the color that we observe. By using a deep cut and fewer facets, an experienced gemologist may make a lighter stone look darker than it actually is (flat surfaces on the stone). Alternately, a darker stone can be made to look lighter by having a shallower cut and more facets added to it. Given all of this information, it should not come as much of a surprise that this particular gem has a specific cut named after it: “the emerald cut.” In this classic fashion, a great number of exceptional emeralds are cut and polished.

3. Emeralds are more expensive and rarer than diamonds.

Diamonds are typically the first jewels that come to mind when most people think of rare or pricey gemstones. Emeralds, on the other hand, are one of the rarest of all gemstones and consequently command prices that are commensurate with their scarcity. They belong to a family of precious stones known as beryl and may be found mined in locations all over the world, including Central and South America as well as Africa. However, the supply of high-quality or huge stones is restricted, and this is the case even at established emerald mines.

4. Emeralds are a Favorite Gem Among the Rich and Royal

It’s conceivable that the fact that emeralds are so hard to come by is what has made people everywhere, not just the Irish, value them so highly. It is generally established that one of Cleopatra’s favorite stones was emerald, and her affection for the gemstone was well known. According to legend, Cleopatra cherished emeralds, so much so that she allegedly purchased the rights to all of Egypt’s emerald mines in order to ensure that she would always have access to stones of the highest possible grade. Emeralds of exceptional beauty can also be found among the treasures that make up the British Crown Jewels. The Duke of Devonshire Emerald, which weighs 1,383.93 carats, is considered to be one of the biggest uncut emeralds. And of course, the queen of the silver screen, Elizabeth Taylor, was known for her unwavering devotion to exquisite pieces of emerald jewelry. The price paid for an emerald pendant necklace that once belonged to Elizabeth Taylor was around $280,000 per carat when it was auctioned in 2011. The necklace brought in a total of $6.5 million in 2011.

The value of an emerald may be determined based on four characteristics: the color, the clarity, the cut, and the carat weight. Color holds the most weight among these four aspects. The ideal hue is a bright emerald or blue-green shade that is uniformly saturated all over and shows no signs of color zoning. When it comes to diamonds, clarity plays a significant role in determining the price of an individual stone. However, inclusions in emeralds are frequently considered to be desirable characteristics. They are capable of forming beautiful patterns that are known in the trade as the emerald’s jardin, which literally translates to “garden.” They are so uncommon that there is a possibility of an increase in value. Because emerald inclusions can be seen with the naked eye, unlike diamond inclusions, which require magnification to be seen, evaluating a stone’s quality does not require any specialized tools or equipment.

Emerald is the traditional birthstone for May. This emerald-green gemstone has been cherished ever since Cleopatra controlled Egypt, the Incas took control of the Andes Mountains, and monarchs governed India. It is well-known for its stunning appearance. The month of May’s birthstone is emerald, and its beautiful green hue is said to represent prosperity and abundance, love and passion, as well as success and knowledge.

8. Why is Ireland referred to as the Emerald Isle?

Ireland is often referred to as the Emerald Isle due to the fact that the emerald green color of its landscape is so lush and as vibrant as the finest emerald stone. It rains a lot, which is why everything is so green. During the summer it is hot and humid, while during the winter it is chilly and rainy!

9. What Exactly Is an Emerald from Ireland?

A stone that is not indigenous to Ireland; despite the fact that Ireland is often referred to as the Emerald Isle and that emeralds are used extensively in Irish jewelry, emeralds come from Colombia for the most part, and the reason they are associated with Ireland is solely due to the vibrant green color of the stones.

Because of its more modern association with the concepts of faithfulness, fresh starts, and peace, the emerald is not only a stunning gem that can be used to embellish wonderful items of emerald jewelry but also a meaningful stone that may be given as a present. We are very pleased to be able to provide our clients with a stunning assortment of emerald jewelry that is both created and crafted right here on the “Emerald Isle.” Have a look at the pieces we have available if you are considering purchasing an emerald accessory for yourself. You may also get in contact with us, and we will be happy to respond to any questions or concerns you may have regarding the stunning emerald jewelry that we provide. 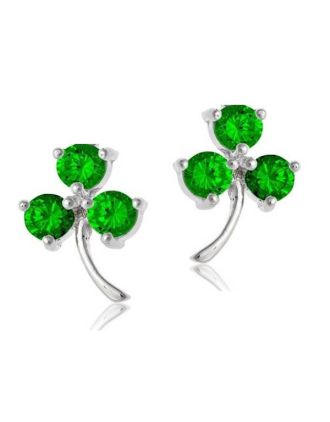 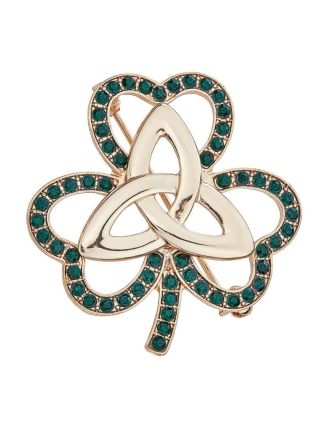 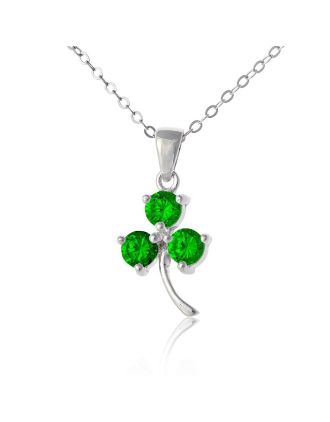 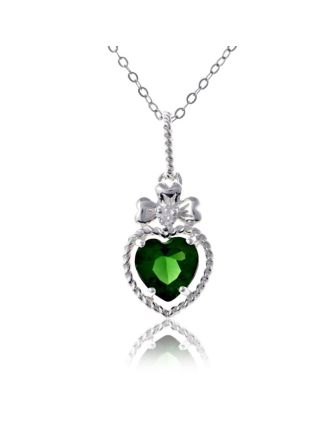