Everything You Need to Know About The Book of Kells 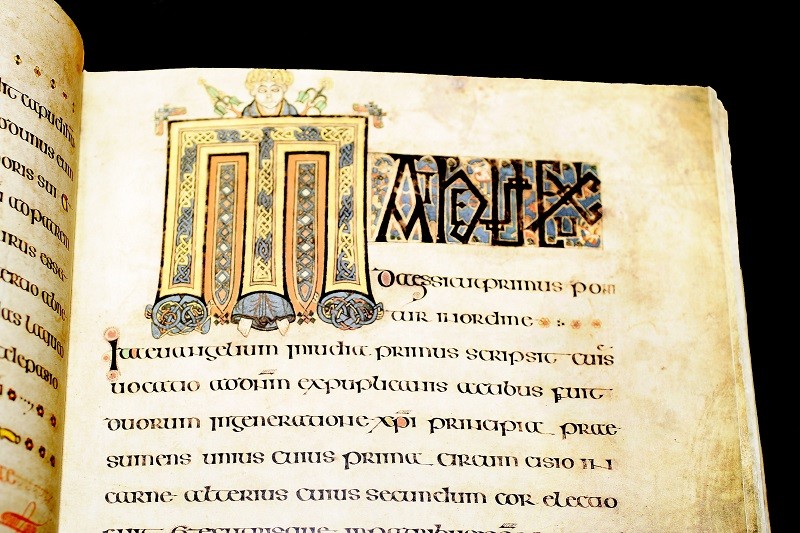 Ireland’s Republic of Ireland’s County Meath has the little town of Kells. The four New Testament gospels are included in the Book of Kells, also known as the Book of Columba, along with additional manuscripts.

The Book of Kell’s uniqueness comes from the fact that it is an illuminated manuscript with intricate graphics and pictures that are thought to have been created around the year 800 AD.

Although it is not Irish writing, the illuminated manuscript known as the Book of Kells is recognized as a priceless piece of Irish history and may be found in Dublin, Ireland’s Trinity College Library.

ORIGIN OF THE ILLUMINATED MANUSCRIPT CALLED THE BOOK OF KELLS

While it is generally agreed that the monks of St. Columba were responsible for producing the Book of Kells, there is great disagreement as to where exactly they did it. It is thought that it was written by Celtic monks at the monastery’s scriptorium on the island of Iona, part of the Mull chain in western Scotland. Saint Columcille of Donegal established this monastery.

The Lindisfarne Gospels were written in Iona around 700 AD, and the Book of Kells’ design resembles those works, suggesting that Iona rather than Kells was where it was written. Viking invasions of coastal monasteries were a possibility around the start of the ninth century. The majority of this book is said to have been written on Iona and carried back to the Abbey of Kells for preservation.

The relics of Columcille have reportedly transported to Kells from his home County Donegal in the year 1090 AD, according to the Annals of Tigernach, another ancient Irish chronicle.

Two gospels were found among these artifacts, one of which was presumably the Book of Kells. The Book of Durrow is supposed to have been the second gospel. The church at Kells was destroyed in 1641 as a result of an Irish uprising. The English governor of Kells sent the book to Dublin for storage sometime around 1653.

A few years later, Henry Jones, a former soldier in Cromwell’s army, is said to have helped bring the Book of Kells to Trinity College. The Long Room of the Old Library at Trinity College is where you may discover this masterpiece today in Dublin, Ireland. The 340 folios or leaves, each made of calfskin vellum, are bound together in a book that is around thirteen inches broad and ten inches thick. Although this might look substantial, the original was significantly bigger. But over time, thirty folios were lost, and even the ones that were still there had to be reduced for upkeep and rebinding.

Why Was the Book of Kells Created?

The book’s purpose was more ceremonial than practical, despite binding the gospels’ material together. It wasn’t intended to be read during mass. The creation and presentation of the material within the book itself are one of the main justifications for this notion. The text itself is haphazardly scrawled and scattered throughout the pages, in contrast to the carefully thought-out and executed images and illustrations.

There is word and paragraph duplication, the omission of crucial phrases, and a lack of attempt to fix these serious mistakes. This book was admired for its decorations and exquisite pictures, not for its content.

The book’s authors appear to prefer the artwork and illustrations above the readings. In a nutshell, the appearance and aesthetics of the book took precedence over its practical utility.

What is the Vulgate?

The fourth-century Latin Vulgate is a translation of the Bible. According to legend, the gospels of the new testament were transferred directly from the Vulgate into the Book of Kells. However, as was already said, the scribes’ compositions were erratic and haphazard. There is the suggestion that they relied on their own memory of what they had previously read rather than copying their lines verbatim from the Vulgate.

The book has additional material in addition to the text, and each page of prose is accompanied by an image. These images feature meticulous details and vivid hues such as, among others, purple, pink, green, and yellow.

The Book has Irish-Celtic themes and initials that were influenced by the Hiberno-Saxon style of the 7th century. Along with this, there is also the Anglo-Saxon custom of vibrant color and upbeat compositions. What distinguishes the book are its intricate designs and exquisite craftsmanship.

The illuminations are also another striking element of the book. They span 10 full pages and show small images of evangelical symbols. Some of these portrayals have survived.

The canon tables are given their own elaborately decorated pages in the Book of Kells, which may be found in Ireland. You will discover the emblems that represent each of the four evangelists, with Matthew being shown as a Man, Mark being represented by the Lion, Luke being linked to the Calf, and John being given the Eagle as his emblem.

Additionally discovered are the introductory passages of each of the Gospels. Breves causae are the names given to these condensed versions of the gospel tales. The Vulgate, which was finished by Saint Jerome in 384 AD, serves as the basis for this work, which is written in Latin and is dedicated to the four Gospels. There is also a picture of Christ, in addition to creative depictions of the Virgin Mary and the Christ Child.

The Book of Kells is Written on Vellum

Vellum, which was made from the skins of around 185 animals, was used rather than paper for writing in the Book of Kells. The monks who lived in Ireland’s monasteries managed large herds of cattle not just to supply milk and food for themselves, but also as a source of vellum, which was the principal writing medium that the monks used. Following the hand stitching that was used to bind the vellum pages together, a protective cover was created out of either leather or wood.

The text of the Book of Kells is written in an italicized script that is referred to as “insular majuscule.” The intricate knotwork and links that can be found in the images are well-known for the complexity of their design and the attention to detail that went into creating them. It is likely that the book was initially kept in a shrine, which is a jewel-encrusted casing made of gold that is used to contain treasures. Around the year 1000 A.D., the volumes were taken by thieves. It had been buried beneath the ground when it was discovered, but the priceless holder it had been holding was never found.

During the nineteenth century, the book went through a process called “rebinding,” during which the page margins were, regrettably, trimmed and gilded. In 1953, the book underwent yet another rebinding, which resulted in the creation of four distinct volumes. This was done with the intention of assisting in the preservation of its magnificent and rare pages. Two of the four volumes are currently on exhibit at Trinity College in Dublin, where they will remain there indefinitely. The first book has pages of text, whereas the second volume is solely dedicated to displaying illustrations on its pages.

The Book of Kells is an Irish Treasure

The Book of Kells was the most valuable artifact in all of medieval Europe. The Book of Kells is a stunning example of Irish artwork and is considered to be a national treasure. Each year, hundreds of people travel to the Trinity College Library in Dublin in the hope of catching sight of the two volumes that are kept on exhibit there.

The Book of Kells Jewelry collection is based on a beautifully illuminated manuscript book from the late 8th Century. Our Book of Kells Jewelry takes its name from an artifact that dates back to the 8th century and may now be found in the collection of the Trinity College Dublin Library. The Book of Kells is an illuminated book that dates back to the Celtic culture. It has themes like the Trinity Knot, the Celtic Knot, and images of nature, all of which may be seen in our designs today. An item from the Book of Kells jewelry that is part of our collection is crafted by hand in Ireland and is offered in a number of different metal options. The interlacing design is found on metalwork and sculpted stone, as well as illuminated Gospel Books. The Book of Kells Jewelry Collection has been inspired by one of Ireland's finest national treasures.
Previous
Traditional Irish Wedding Blessings, Wedding Vows and Wedding Toasts
Next
How to Find the Ideal Engagement and Wedding Rings
Related Posts
Related Products 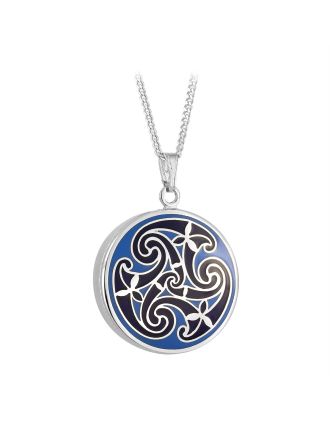 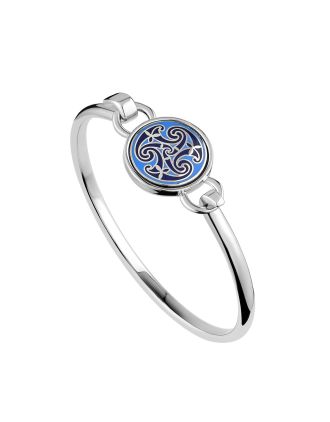 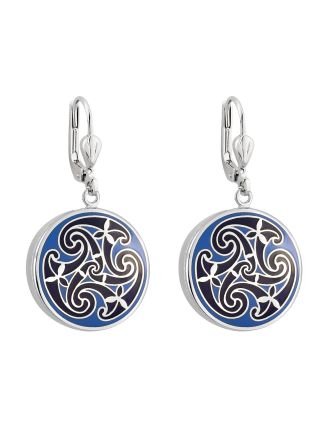 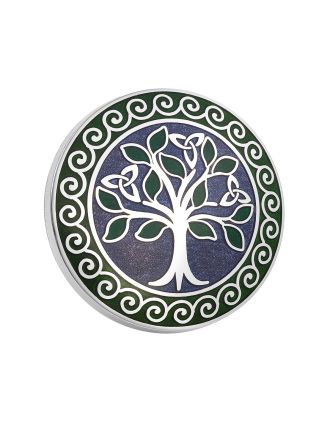 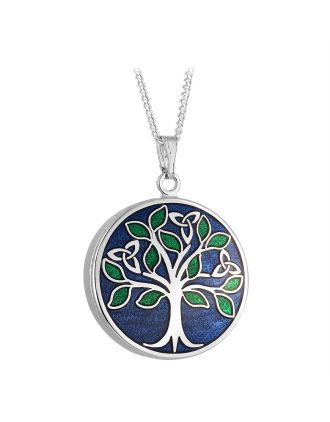