The Dullahan is the Irish Headless Horseman 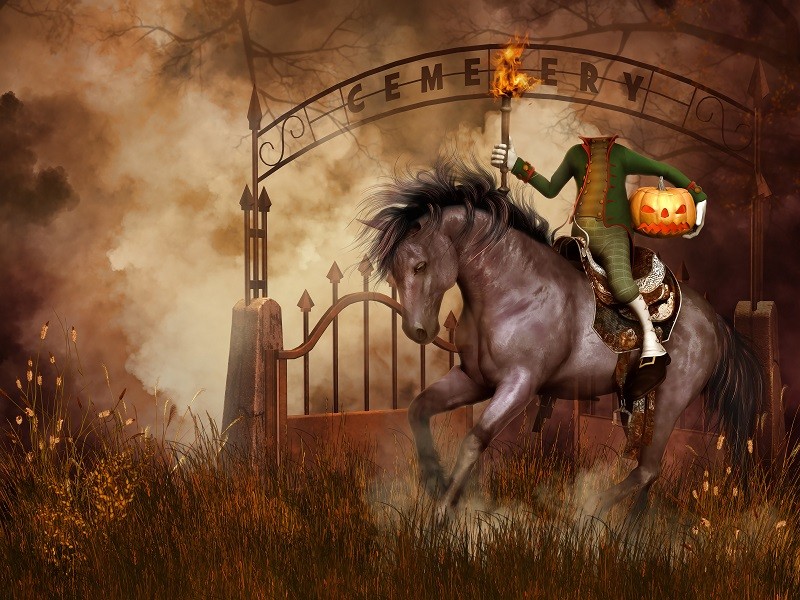 Posted by: Jennifer Derrig
Categories: Irish Traditions , Interesting Stories , Halloween , Celtic Legends , Education , Legends and Folklore , Celtic Culture
Tags: the irish headless horseman , the dullahan , headless horseman , halloween , dullahan
Have you ever heard about "The Dullahan", the Irish Headless Horseman? The Irish legend of the Dullahan, or English translation "dark man" is unnerving. The Headless Horseman or Dullahan is the Irish foreteller of death. The Dullahan rides a jet-black horse with flames shooting from its eyes, carrying his head under one arm. Irish folklore says that when he stops riding, a human dies. There are many versions of this scary tale. Some say that the Dullahan throws buckets of blood at people he passes, while others say he simply calls out the name of the mortal that will soon die.

How did the Dullahan have its head chopped off?

The headless aspect of the Dullahan is what brings him the greatest notoriety, and several tales speculate on the circumstances behind his decapitation. One of them is that in a past life he served in the military and was beheaded in the heat of battle. His wandering has been portrayed as him spending all of eternity looking for his severed head. he has no head.

Is the Dullahan a kind of fairy or Fae creature?

The Dullahan, or Headless Horseman, is a sort of Fae that is said to have originated in Irish tradition. Its name comes from the Irish pronunciation of the word "doolahan." This malevolent figure takes the form of a man or a woman riding a black horse, but there is no head resting atop their shoulders as they do so.

What is the Dullahan's Weakness?

But as with most evil entities, the Dullahan has a weakness. The Dullahan can not stand the sight of GOLD. So you would be wise when traveling on this Halloween to carry a wee bit off in case you have a run-in with this headless horror!

How can one put an end to a Dullahan?

The moment the Dullahan utters your name, you will be put on the execution list. Nothing can stop his instruction from being carried out. It is stated that if you have a gold coin in your pocket or are wearing a piece of gold jewelry, preferably gold Irish jewelry the Dullahan will turn around and go back to where he came from.

What are the Origins of the Dullahan?

Approximately 1,500 years ago, a prehistoric king who reigned in Ireland was known to have adored him. This monarch made an annual offering of human life as a sacrificial offering to the deity of fertility. The victim would often be decapitated before being put down. When Christianity was introduced to Ireland in the sixth century, the practice of worshiping the "old gods" became more unpopular.