The Historical Importance of the Bagpipe in Celtic Culture 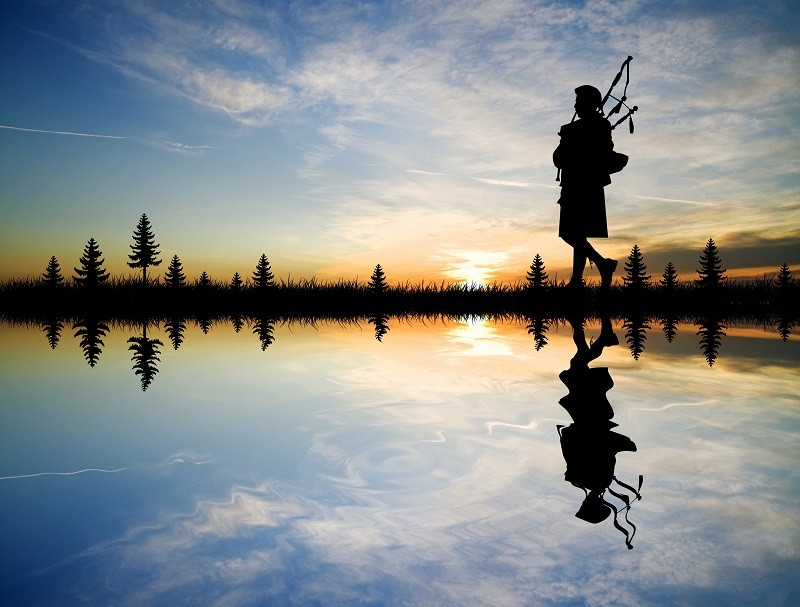 The bagpipes are a kind of woodwind instrument that have reeds that are enclosed and are supplied air from a bag that acts as a continual reservoir of air. Most people associate the bagpipes with Scotland, but it has a rich history with the Irish too. The Scottish Great Highland Bagpipe and the Irish Uillean Pipes are the two most popular bagpipes.

The History of the Bagpipes

In ancient times, Celtic countries could be found all throughout the continent of Europe. In addition to this, their people often moved to new locations and explored the world around them. It is most probable that Celtic people were the first to play bagpipes, and that it was these people who took the instrument to other parts of the world. This idea serves to explain the presence of distinct varieties of bagpipes, which have been discovered all throughout Europe, as well as in Arabian areas, Rome, Greece, and even in India. Specifically, this hypothesis helps to explain how diverse forms of bagpipes came to be. The bagpipe was a common instrument played in the countryside of Europe throughout the Middle Ages; yet, as it gained popularity during the Renaissance period, it began to be played at royal courts. During this whole time period, bagpipes were used not just for dancing but also for usage in military bands.

The sound of the Highland bagpipes is so well-known that it has become inextricably linked with the culture of Scotland. They are constructed up of a primary blowstick, a variety of reeds and drones that create sound, and a primary bag that inflates with air. When executed with skill, the distinctive sound has the power to conjure up warm and fuzzy memories of Scotland.

Since ancient times, people all throughout the globe have used bagpipes not only for a musical but for ceremonial reasons, and this practice continues to this day. Although some contemporary bands have incorporated bagpipes into their sound, there is still a strong desire for traditional folk music. Continue reading to get more insight into this one-of-a-kind instrument.

In order to play the instrument, the bag of the uilleann pipes must first be filled using a tiny pair of bellows that are secured around the musician's waist and right arm. In the event that the musician plays left-handed, the placement and orientation of each component will be switched around. The bellows of the uilleann pipes are able to relieve the musician of the additional effort required to blow into a bag to maintain its pressure. In addition, the bellows ensure that the reeds are powered by relatively dry air, which reduces any adverse effects of moisture on the longevity of the instrument. Uilleann pipes are a traditional Irish instrument.

When compared to other types of bagpipes, the uilleann pipes stand out due to the distinctive quality of their tone and the wide variety of notes that they provide. The Uilleann pipes are a type of bagpipe that are typically played indoors and almost always while seated due to their distinct harmonic structure, which results in a sound that is significantly less harsh and much more melodic than that of other types of bagpipes, such as the Great Highland Bagpipes, Great Irish Warpipes, and Italian Zampognas. Some uilleann piper's are so accomplished with the instrument that they can even sing while playing it. This is a testament to their level of talent.

Who first created bagpipes and why did they do it?

Some historians claim that the bagpipe was introduced to Scotland by invading Roman Legions. They believe that bagpipes originated in ancient Egypt. Some people believe that the instrument was carried over the ocean by colonizing Scots tribes from Ireland, although others dispute this theory.

What were the reasons for the English ban on bagpipes?

Following the rebellion that occurred in 1745, it became illegal in Scotland to play bagpipes. The loyalist administration saw them as a kind of weapon and used that terminology to describe them. They were protected from death in private. Anyone found carrying pipes were subject to the same punishment as any guy who armed himself in support of Bonnie Prince Charlie.

They are performed by a wide variety of musicians, including those who work on the street, in bar bands, with pipe and drum ensembles, and so forth. The Highland bagpipes are often the bagpipes that are most well-known to people all across the world. Ironically, they rose to prominence as a result of the British army's policy of recruiting Scottish Highlanders to serve alongside them in past conflicts.

It is standard practice to play bagpipes at significant occasions such as weddings, funerals, parades or processions, and military parades and festivities throughout Scotland, Ireland, and many areas of England. Outside of these regions, particularly in countries that are a part of the Commonwealth, bagpipes are also included at rituals of a similar kind. This is especially true if those engaged are of Celtic descent, or if the organization has roots in Scotland or Ireland.

The traditional outfit of a bagpiper begins with a high hat that is decorated with feathers from an ostrich. They are dressed formally and wear a jacket over their upper body, coupled with a length of tartan that is slung over one shoulder. The kilt, which is worn by a person to represent their clan, covers their lower body from the waist down to just above the knees. A sporran, which is a bag coated with horse hair, is tied to the belt that holds it up so that it may be worn. Over the flashes, one wears either long socks or a hose (colored strips of fabric). Spats, which are white gaiters that cover the tops of the shoes and rise up to the shins, are worn over shoes that are plain black and are covered with spats.

What is the purpose of the pin on a kilt?

Kilt pins, also known as kilt brooches, are pieces of jewelry that are worn in the bottom corner or outside the apron of a kilt. The purpose of the kilt pin is to secure the kilt so that it does not get detached or become caught in the wind. The pin's primary function is to cover up the bottom part of your body so that it is not seen by other people.

Should one always wear a kilt pin?

In point of fact, if the kilt is adequately built, this shouldn't really be a problem at all! Instead, the kilt pin's primary function is to serve primarily as an ornamental accessory. The apron will hang better if you add a little bit of extra weight to it, in addition to the fact that the kilt pin gives your clothing a little of a personal touch and adds some personality to your look.

At this point, the last step is for each piper to tuck a skeandhus, a miniature dagger, into the top of their right socks. It is a representation of the concealed weapon that Highlanders would keep with them at all times in order to be ready for any unexpected assault. 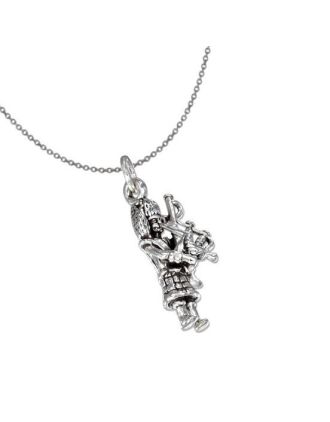 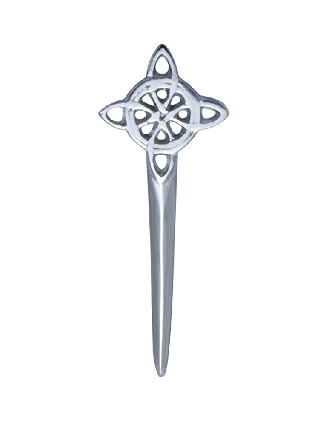 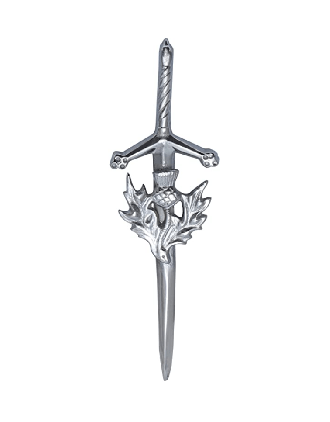 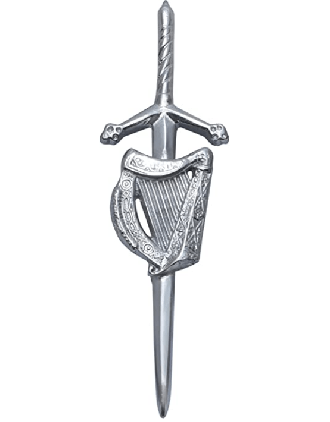 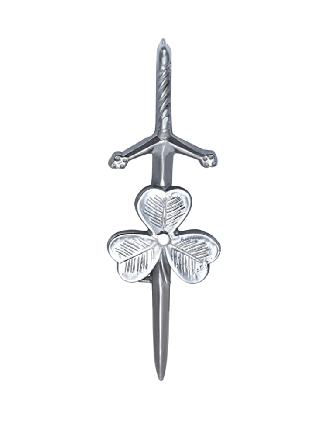