The Irish Flag - The Tricolor Meaning and History 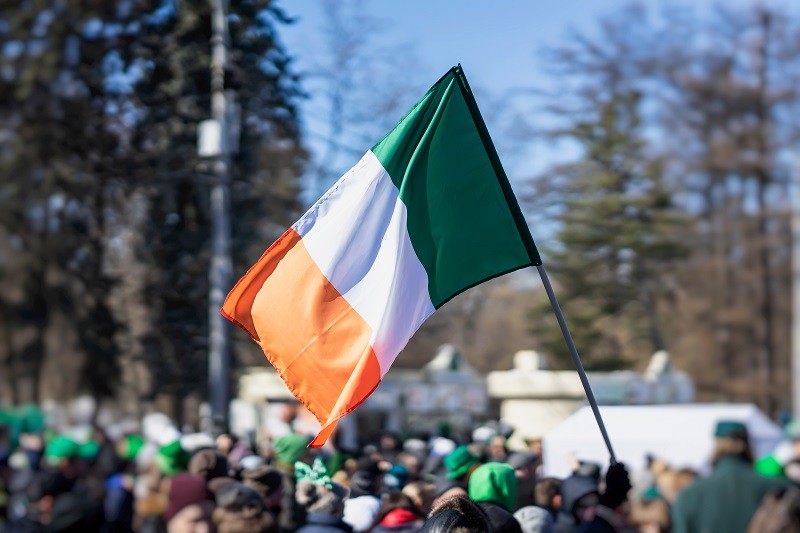 Perhaps one of the best-known symbols of Ireland is the Irish flag. It doesn’t take a rocket scientist to figure out why the flag of the Republic of Ireland is called the tricolor. The Irish flag consists of three different colors. The flag is a rectangle with three broad vertical stripes in the colors green, white, and orange.

Whenever the flag is flown, it is always flown such that the green stripe is closest to the flagpole. Each band is required to be of the same proportions, and the overall size of the Irish flag should be proportionately double its height. There is no question that each of the three colors on the Irish flag represents something significant.

Meaning of the Irish Flag Colors

What do the different colors on the Irish flag represent and what do they stand for? This is perhaps the topic that comes up the most frequently when people ask us about the Irish flag.

The color green is associated with Roman Catholics. On Saint Patrick’s Day, did you happen to notice how many people were wearing emerald or shamrock green? Orange is the color associated with Irish Presbyterians. Because of their allegiance to the protestant William of Orange, King William III of England, they are popularly referred to as “Orangemen,”, particularly on the Northern Irish side of the border. This moniker originated in Northern Ireland. The yearning for unity and peace between the two communities is represented by the single white stripe in the center of the flag. During this time when the Irish tricolor was first flown, the country was deeply divided between Catholics and Protestants.

The history of the flag that represents Ireland is a fascinating one. The present version of the Irish tricolor was conceived of and created by a collective of French ladies who were sympathetic to the Irish struggle.

They gave Thomas Francis Meagher, who was the head of the political Irish Nationalist Movement at the time, the tricolor in the year 1848. Meagher was the face of the movement at the time.  When he was presented with the flag, he is reputed to have made the following statement: “The white in the center signifies a lasting truce between Orange and Green and I trust that beneath its folds the hands of Irish Protestants and Irish Catholics may be clasped in generous and heroic brotherhood.”

When Meagher hoisted the tricolor in Waterford, it proudly fluttered for eight days and nights until it was brought down by the British. Meagher was responsible for hanging the flag.

The uprisings that occurred across Europe in 1848 served as an inspiration for Meagher and the other members of the Young Irelanders. In April of 1848, a group of them went to France to offer their congratulations to the revolutionaries there on the successful toppling of King Louis Philippe I. There, Meagher was given a tricolor Irish flag that had been fashioned out of French silk as a gift.

The Irish Flag did not appear in Dublin until Gearóid O’Sullivan raised the tricolor for the first time at Dublin’s General Post Office in 1916, during the Easter Rebellion. Prior to that, the flag had not been flown there since 1848.

The official name for the flag that flies over Ireland.

What does it mean when you see the Irish flag?

The following is the simple and clear interpretation of the Irish flag color meaning: 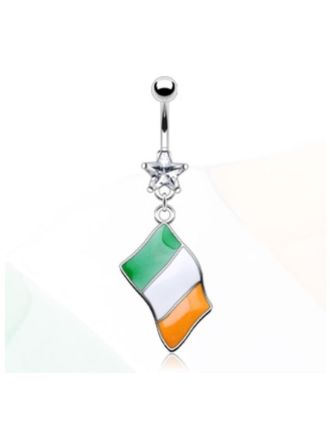