The Many Irish Fairy Kings of Folklore 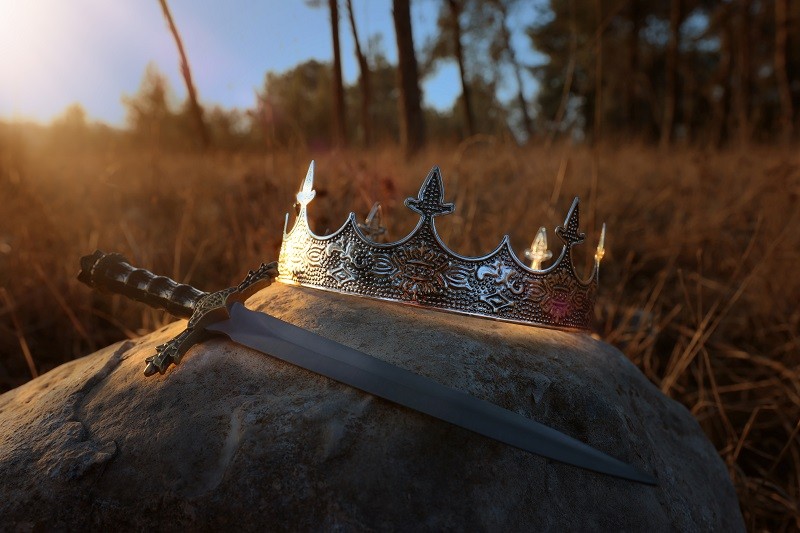 The concept of a “fairy king” is quite prevalent in the folklore of both the United Kingdom and Ireland. In a fairy kingdom, these Fairy Kings and Fairy Queens exercise as much control over their subjects as is humanly feasible over a small number of people. There are literary versions of certain fairy monarchs, versions that are part of Celtic folklore, and versions that are either historical individuals or gods. According to an old rule, the names Fairy King and Fairy Queen are still used to refer to this royal couple in Scotland.

How to Call Upon a King of the Fairies

There’s a classic Irish melody called “King of the Fairies,” which you may be acquainted with. Both the Dubliners and the Irish Rovers have played more up-to-date renditions of the song in their live shows. It is now thought that the song originated from a Jacobite melody from the 18th century called “Bonny Charlie.” This tune hailed the rebellious Scottish prince at the time it was written. There is a rendition of the song performed in Britain that is referred to as “King William of Orange.”

According to local legend, singing this song is the only way to call upon the Fairy King. It is required that the Fairy King make an appearance if you play it three times in a row while hosting a party. If he enjoys himself at the party, he will remain there and participate in the activities. Expect him to stir some trouble if he feels the gathering is uninteresting.

So what were the names of the various fairy kings?

Let’s have a look at the many candidates for the role of “King of the Fairies,” since there are plenty of them:

Ailill was a Milesian Fairy King of Leinster, according to Irish tradition; yet, he could also stake a claim to the throne of Connacht owing to the fact that his mother was from a noble Connacht family. Ailill wed Medbh, the queen of Ireland, and as a condition of the marriage, she was required to pay a massive dowry. It consisted of twenty-one enslaved people, an amount of money equal to the weight of his shield arm, a dozen men’s suits of clothes, and a wedding ring made of red gold that was as big as his face. His complexion is described as being ruddy, and he wears a golden diadem on his head. He is said to be extraordinarily tall.

Once the Milesians came to Ireland, the majority of the Tuatha De Danann were forced to escape, but Finvarra chose to stay behind and lead the Daoine Sidhe, which is the name given to the surviving members of the tribe. Legend has it that Finvarra arranged a peace with the Milesians that permitted him and his people to stay in Ireland so long as they promised to live underground. This allowed Finvarra and his people to remain in Ireland. They started to have an influence on the people who lived above the earth when the monarch directed the construction of several large towns. In the end, it would be impossible for a human to construct anything without first receiving permission from the fairy king.

The Fairy King of Ulster is said to have a little height, and he is notorious for bragging about his accomplishments to an exaggerated degree. Iubdan was the chief of a tribe called the Faylinn, who was also known as the Wee Folk and were said to have only been a few inches tall. Bebo was the name of the Fairy Queen, and due to the fact that Faylinn was so little, they were under the impression that giants made up the majority of Ireland’s human population.

Iubdan had a pattern of bragging about how magnificent he was, so the poet of the court eventually became fed up with his behavior and shared a story with the royal pair about Ulster, the realm of giants, and the porridge they ate. Iubdan, who was haughty and eager to display his superiority to Fergus mac Leda, King of Ulster, made the decision to journey north in order to accomplish this goal.

His plan was to stealthily enter the giant’s lair and consume some of the giant’s porridge without being discovered. After falling into the enormous bowl of porridge, the stupid Fairy King and his Queen found themselves in a hopeless situation. Fergus, who was imprisoned as a prisoner by the Giants, was given the couple to interrogate. After some time, he agreed to free them in return for the fairy king’s most valued item, a pair of enchanted shoes that gave the owner the ability to walk on water. One can’t help but wonder whether Jonathan Swift was inspired by the Faylinn in Gulliver’s Travels when he created the kingdom of Lilliput and its pompous residents.

Midhir son of the Dagda

This Fairy King, whose name may also be written as “Midhir,” was the son of the Dagda and is a significant character in the Mythological Cycle of early Irish literature. He was said to have ruled Ireland. Midhir made his home in the sidh of Bri Leith, which is now known as Ardagh Hill and is located in County Longford. This was after the Tuatha de Danann were driven underground by the Milesians. It’s possible that the name comes from the Irish term for judge, which is midithir.

Fuamnach was Midhir’s wife, but he divorced her and married Etain after falling in love with her. Because Fuamnach was so envious of Etain, she transformed her into a fly and chased her away from the magical hills of Ireland.

Poor Etain was carried all across the land for seven years before being ultimately transported back and landing in Fuamnach’s wine cup! The poor fly was eaten by the queen, but after spending the next nine months growing within the queen’s stomach, Etain was reborn as a lovely lady, matured, and eventually married the King of Munster, Eochaid.

When Midhir learned that his life’s love was somewhere in Munster, he immediately traveled there and issued a challenge to Eochaid to play three games of chess. He was unsuccessful in the first two games, but in the third and last one, he was victorious, and he demanded Etain as his reward. Although he was hesitant, Eochaid did consent to one kiss. On the other hand, Midhir and Etain managed to escape by flying away; they turned into two white swans connected by a golden chain. Eochaid and his soldiers gave chase to the two individuals until they reached the fairy hills in Ulster, where they dug into the ground there. In the end, Eochaid was successful in reclaiming his wife, but the authority of the Tuatha de Danann swiftly began to wane.