The Origins of Halloween, History and Traditions 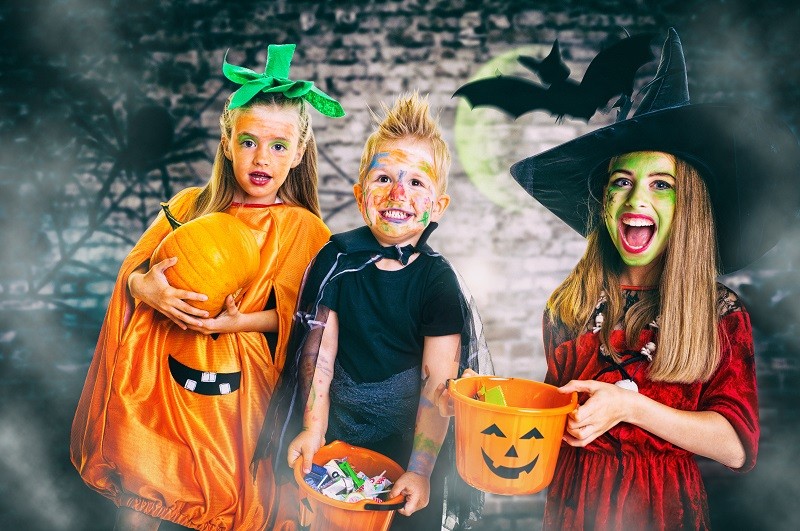 The custom dates back to the ancient Celtic festival known as Samhain, during which time people lit bonfires and dressed up in costumes in an effort to fend off spirits. Pope Gregory III, who reigned in the seventh century, established November 1st as the day on which all saints are honored. Over time, several of the customs associated with Samhain made their way into the celebration of All Saints Day.

Halloween originated with an ancient Celtic festival called Samhain (Samhain is pronounced Sah-ween or Sow-in). The Celtic New Year began on November 1. On the last day of the Celtic year, October 31, the Celts believed that ghosts roamed the world that night, causing harm to crops and creating mischief. So on October 31, the Celts dressed in scary costumes, parading around the village in the hopes of scaring away the mischievous spirits.

When Christianity arrived in Ireland, the church named November 1 All Saints Day to honor saints and martyrs in an attempt to replace or overshadow Samhain. Trick-or-treating originated from an All Souls Day tradition. People walked from village to village begging for soul cakes. In exchange for the "soul cakes," prayer would be said for the giver of the bread. The more bread they gave away the more people they had praying for their souls. In the 1500s, All Saint's Day becomes All Hallows Day, and Samhain had become known as All Hallows Evening. Then eventually Hallow Evening became Halloween.

Is Samhain a pagan holiday?

Celtic Pagans are credited with being the first to celebrate Samhain. Samhain was the festival that marked the beginning of the Celtic New Year. It also marked the end of summer and the harvest season. In addition to this, it indicated the onset of winter, a season that they connected with death. The Celts thought that on this day, the barrier between the worlds of the living and the hereafter was at its thinnest.

Did Halloween originate in America?

A small number of early settlers in the United States observed Guy Fawkes Day. Around the middle of the 19th century, significant numbers of new immigrants, particularly those fleeing the Irish Potato Famine in the 1840s, contributed to the rise in the popularity of Halloween.

Is Halloween mostly celebrated in the United States?

Having said that, Halloween has never been a festival that is celebrated alone in the United States. In point of fact, Halloween was first observed in Europe, but it is now observed by an ever-increasing number of individuals of many different religious backgrounds and in nations all over the globe.

Some of the time-honored customs associated with Halloween include going trick-or-treating in terrifying costumes, pumpkin carving, and asking strangers for candy. Samhain is a Gaelic term that is pronounced: "SAH-win." It was a pagan religious celebration to welcome the harvest at the end of summer when people would light bonfires and wear costumes to ward off ghosts. However, Halloween has its origins in the ancient Celtic festival of Samhain. Pope Gregory III, who reigned in the seventh century, established the first of November as a day to celebrate saints. Not long after that, several of the customs associated with Samhain were incorporated into the celebration of All Saints Day. All Hallows Eve was the name given to the evening preceding All Saints Day; it was ultimately shortened to Halloween. Here is a look into the background of some of the most well-known Halloween customs that are being practiced today.