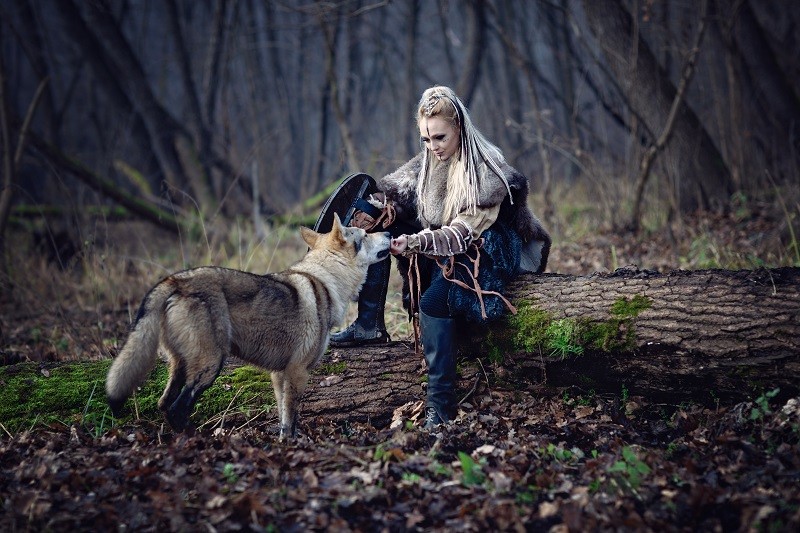 However, once you’ve spent enough time reading about Irish folklore, you’ll know that there are quite a few Irish mythical creatures out there and that they differ in the sort of creatures that they are. This is something that you’ll know if you’ve spent any time reading about Irish folklore. Some of the animals that may be found in Irish mythology, such as the Pooka, are associated with a charming and humorous story, whilst others, are very terrible!

Since the beginning of Celtic mythology, old Irish creatures and demons have been used to scare members of the general public, particularly around the time of Halloween.

The Irish term for demon is “deamhan,” and it is surely widely utilized since bad powers, monsters, demons, and ghosts have long been feared in Celtic mythology. The word “deamhan” comes from the Irish language.

The ancient Celts believed in hundreds of different Irish legendary deities, but much like other nations, their society also had its share of demons. Some of the “monsters” who were worshiped in Celtic culture were, in fact, formerly gods who were subsequently recast as evil pagan beings when many Celts converted to Christianity.

The list of most terrifying beasts and spirits from Celtic mythology, just in time for Halloween.

Dearg Due – the Irish Vampire

There is a vampire that dwells smack dab in the center of Ireland, but Dracula himself was created in Ireland (the monster was written about in Bram Stoker’s classic book, which was also written by an Irishman).

Dearg-due is an Irish word for a female demon that first seduces men and then drains them of their blood. The name literally translates to “red bloodsucker.” An Irish lady who was famous across the land for her beauty and who fell in love with a local peasant against her father’s disapproval is said to have been the subject of a tale that originated in Celtic culture.

Her father coerced her into entering into an arranged marriage with a wealthy guy who mistreated her, which led to her taking her own life in the end. She was laid to rest next to Strongbow’s Tree in Waterford, but one night she arose from her grave to exact her vengeance on her father and husband. She drank their blood until they were no longer able to breathe, and then she ate their bodies.

The vampire, who is now known as Dearg-due, comes to life once a year and uses her alluring appearance to entice men to their deaths. There is, however, a strategy that may be used to successfully combat Dearg-due. It is sufficient to construct a mound of stones on top of her grave in order to forestall the resuscitation of the dead. No, it won’t be enough to kill her, but at least it will buy you some time till the new year!

The Cailleach, often known as the Celtic witch, is mentioned in a number of the old tales that have been passed down from generation to generation in Ireland. This particular school of witchcraft gets its name from the fact that its practitioners base their rituals and rites on numerous elements of Celtic folklore and mythology.

There are many legends told about the Cailleach, often known as the Celtic witch, in the folklore of Ireland. At Samhain, she would make her descent from the mountains, and from then until Beltaine, she would govern the earth. The oldest of all the tales comes from Celtic culture. The name Cailleach translates to “Old Wife,” and she is considered to be one of the most important figures in Celtic mythology. The Cailleach was worshiped as the goddess of the cold and the winds. The duration and severity of winter were both within the Cailleach’s control. She was also sometimes referred to as the Veiled One of the Queen of Winter. She is a heavenly hag and a creative goddess at the same time.

Púca or Pooka – the Irish Ghost

Púca is an Irish term that literally translates to “spirit” or “ghost,” and these legendary beings hail from Irish mythology. These legendary beings hailing from Irish folklore are fairies that are capable of assuming the form of a horse, goat, cat, dog, or hare. They are also capable of assuming a human shape, but one that retains certain animal characteristics such as a tail or ears.

They are said to have white or black fur or hair, and they are harbingers of both good and ill fortune, as well as communities that are either rural or sea. They may assist or harm these communities. They like playing tricks on people and will often try to get them to ride on their backs, after which they will take them on a wild and dangerous excursion before delivering them back to the location from whence they originally picked them up. It is stated that a rider may tame a Púca if they wear sharp spurs to either prevent themselves from being abducted by the monster or to direct it if they are already riding on its back. This story originates from the Irish tradition. It is stated that Brian Boru, the last High King of Ireland, was the only man who ever rode a Púca.

Traditionally, the Púca is celebrated at Samhain, the harvest festival that takes place when the harvests are brought indoors. Anything that is left in the fields after harvesting is set aside for the Púca and is not fit for human consumption. There were some farmers who would appease the Púca by leaving some of the harvests out for it to eat.

There are further legends connected to the Púca, and allusions may be found in a variety of forms of literature, including poetry, music, and more. You could also come across the term phouka or pooka being used to refer to it.

The Bánánach brings us right back to the eerie beasts of Celtic mythology with their next appearance. The Bánánach is a supernatural race that is mentioned in Irish mythology. They are said to be able to be seen haunting battlefields.

These terrifying screeching demons that lived in the air may have had the appearance of goats. They were linked to acts of murder and death.

In Celtic mythology, Balor is the name of the evil version of the god of death. The malevolent monster had only one eye and a single huge leg, yet it held the title of King of the Fomori, a race of demons who inhabited the murky depths of lakes and oceans. Because Balor can murder someone just by glancing at them with his evil eye, he kept it closed most of the time so he wouldn’t have to keep stumbling across dead corpses all the time.

This is one of a few mythological monsters from Ireland that actually terrified me as a youngster after hearing tales about them from my pals. These Celtic creatures were claimed to be restless souls that were considered to be neither accepted in hell nor heaven, therefore it was believed that they were permitted to wander the countryside on their own.

This is one of a few mythological monsters from Ireland that actually terrified me as a youngster after hearing tales about them from my pals. These Celtic creatures were claimed to be restless souls that were considered to be neither accepted in hell nor heaven, therefore it was believed that they were permitted to wander the countryside on their own.

According to folklore, the Sluaghs were bitter about their plight and would steal the soul of anybody they came into contact with if given the opportunity.

The Banshee- A wailing ghost

Banshee is an Irish word for a ghost that howls. The Banshee is a well-known Irish monster, and legend has it that it often works in conjunction with the Dullahan.

The banshee is a female ghost whose scream, if heard outside of a home, foretells the death of one of its occupants. It is one of the most known Celtic monsters, having made a guest appearance in “Darby O’Gill and the Little People” and all.

According to a number of retellings of the Banshee tale, the terrifying specter traveled accompanied the Dullahan in a dark cart that was pulled by six black horses. It is stated that the two of them would beat the horses with a human spinal cord.

But the majority of tales agree that the Banshee, on her own, was already terrible enough. Her appearance has been described as anything from an ugly old hag to a lovely young lady; yet, everyone agrees that the creature’s bloodcurdling howl will be heard three times before someone passes away.

When it comes to monsters from myth and legend, Ireland is home to a handful that aren’t as terrifying as others that have been described. It seems that one of them is a Merrow. In Irish tradition, a merman or mermaid might take the form of a merrow. It is stated that in order for them to move freely between the water and dry ground, they must first don a magical cap, which derives from the Irish term murch.

The term is used in two different stories; in the first, a Kerry man steals a green-haired merrow’s red magical cap so that he might marry her, and in the second, a green-bodied hideous male merrow who entertains a fisherman at his house beneath the sea uses the term to describe himself.

The merrow is often referred to as sea fairies and is sometimes shown as having the upper body of a woman but the lower body of a fish. The male merrow did not come close to matching the beauty of its female counterparts. They were generally gentle, but they may become hostile against those who were rude to them or who scared them.

The Dullahan – the Irish headless horseman

The Dullahan is another fabled Irish monster, and its name, which literally translates to “dark man,” describes this creature well. This grim reaper is the equivalent of the headless horseman in Irish folklore and is often featured in modern works of fantasy literature as well as in video games.

The head of the Dullahan is carried under one arm as he rides a headless black horse with burning eyes. When he finally gets off his horse, a person will be killed. In some telling’s of this tale, the Dullahan is said to attack those he passes by hurling buckets of blood at them, while in others, it is said that he merely yells out the name of the person who is about to pass away.

Gold is the Dullahan’s Achilles’ heel, as is the case with most malevolent powers. Because the monster shies away from the material, lone travelers would be advised to bring some with them just in case they come across this headless monstrosity and find themselves face to face with it!

In a story referred to as the Cath Maige Mucrama, it is said that Ellén Trechend would emerge from a cave and go on a rampage that will cause much damage.