Valentine's Day from an Irish Perspective 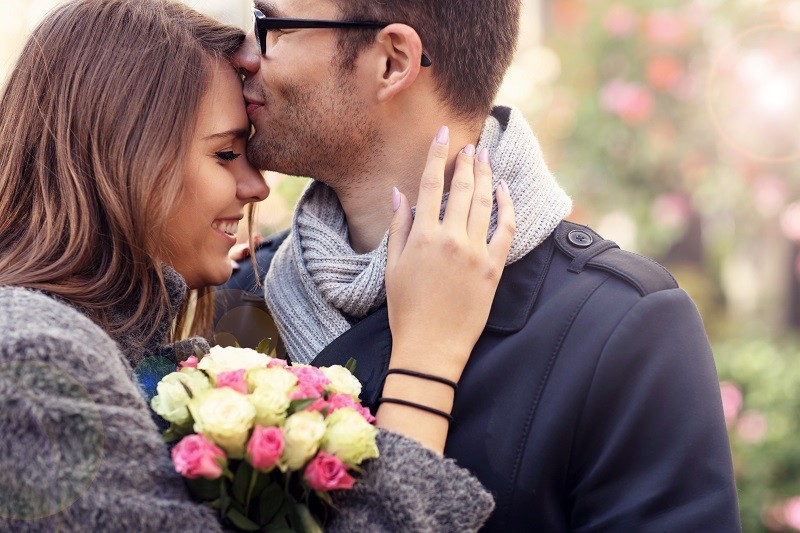 Valentine's Day, when most men in the US scramble last minute to buy the perfect Valentine's Day Gift for that special someone. The first thing that comes to mind is a heart-shaped box of cheap chocolates that should be directly applied to one's hips. And then there is that sweet little cupid. He's an overweight angel aiming a bow and arrow at you to inspire you to fall blissfully in love. I mean, let's face it. Cupid's arrow is a weapon that literally and metaphorically could be the death of you. But all jokes aside, do you even know why we actually celebrate Valentine's Day? I didn't think so.

The Legend of Saint Valentine
In ancient Rome, the date February 14th was a holiday to honor the Roman Goddess of women and marriage. The next day was celebrated as the pagan Roman Feast of Lupercalia. During this time in Roman history, young adults were strictly segregated by sex. No surprise, it was 269 AD. Eventually they needed to give their hormones a chance to flourish. So it was customary on the eve of the feast of Lupercalia for young men and woman to be partnered for the feast by the men picking the girls' names from a jar. Sometimes the pairing lasted for a year and with the young couples falling romantically in love and eventually marring. It was all very sexist in a provocative way.

Unfortunately, this didn't last for long. This euphoric ritual of hormonal teenage partnering would come to an abrupt end during the tyrannical rule of Emperor Claudius II, also known as Claudius the cruel. Emperor Claudius had Rome fighting in many bloody and unpopular battles and was having grave difficulty recruiting soldiers to sustain his military forces. In his warped mind, Claudius believed the reason he couldn't get soldiers was due to women. He convinced himself that the men's love of his family, wife, or girlfriend prevented them from leaving there side and joining the military. It had nothing to do with the little matter that they didn't want to die a savage death for an Emperor they despised.

Legend has it, no doubt a wee bit embellished if not entirely fictional, that Valentine was stricken with the unbearable belief that many young souls would be destined to be sinners. So Valentine, a roman priest, married young lovers against Claudius's decree in secrecy. He was of course apprehended and condemned to death for his deeds. He suffered martyrdom on the 14th day of February, in either 269 AD or 270 AD. Nobody really knows what yearly exactly, but they know the date was February 14th, now known as Valentine's Day.

So where is St. Valentine now?
Ireland, duh! What you may not know for some unknown reason is that St. Valentineâ€™s remains are rumored to be buried in Dublin, Ireland. How do you like that wee bit of useless knowledge?

Oh, the Irish are wonderful folk. They just about have their hands in everything good and pleasurable. Not only did they give us spooktacular holidays like Halloween and fantastic Christmas traditions like the wreath on our on the front doors, but they also house the remains of St. Valentine! The romantic patron saint of lovers whose feast day has become so commercialized it actually makes Christmas seem, well, less commercial by comparison. In any event, Board Failte wouldn't be doing their job if it didn't see the Euro signs in the fact that Dublin, Ireland's capital, is the last resting place of the beloved Saint of Love. It virtually makes Ireland a must-do pilgrimage for lovers. I mean, after all, the Irish did give us the claddagh ring, too. The claddaghis the one and only symbol of eternal friendship, love, and loyalty. The story of the claddagh is a story for another day or blog. Anyway, its romantic, symbolic meaning makes it a no brainer gift for men to give, especially on Valentine's Day. Cowinkydink? 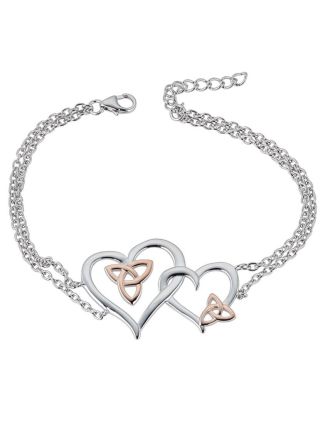 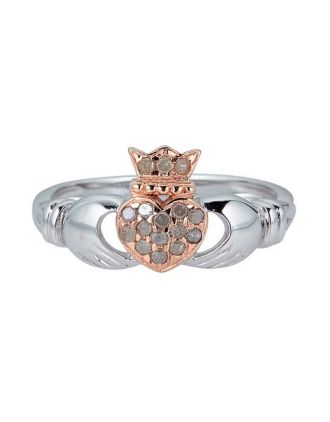