How to Wear A Claddagh Ring

Imagine what it would be like to experience every stage of love, loyalty and friendship. The claddagh story is an Irish folklore steeped in romantic tradition.

Learn How to Wear a Claddagh Ring and the meaning of the claddagh ring ...

What is a claddagh ring?

What are Fenian Claddagh Rings or Fede Rings?

Claddagh rings are fede rings and have a long history dating back to Roman times. The name "fede" derives from the Italian phrase mani in fede meaning loosely "hands joined in faith" or "hands joined in loyalty". The clasped hands were viewed as promise ring used as an engagement ring or wedding ring in medieval and Renaissance Europe. Irish Claddagh rings are a version of the fede ring has roots deeply seeded in long standing Irish tradition.

How do you wear a claddagh ring?

How should I wear my Claddagh Ring?

What are is claddagh tradition?

There is a claddagh tradition in Ireland. In Ireland it is traditional for mothers to hand down claddagh rings to their daughters.

How is the word Claddagh pronounce?

What does the Claddagh Ring mean?

Is it bad luck to buy your own Claddagh Ring?

Is the Claddagh Ring Celtic?

The Claddagh Ring is Celtic.It is an Irish Celticsymbol of love. Celticor celtrefers to the people, language and traditions of the Celtic Nations of Indo-Europe including Ireland, Scotland,Wales, the Isle of Man, Cornwall, and Brittany.

Can you buy your own Claddagh Ring?

As you know Irish Claddagh Ringsare traditional given by a loved one as a symbol of love, loyalty and friendship.

What is the story behind the Claddagh Ring?

As you know The Claddagh Ring storyis a wonderful Irish folklore. Imagine Ireland in the days long ago when a young man was captured and sold into slavery from the fishing village of Claddagh off the coast of Ireland. Can you imagine how many years passed while he wondered if his true love waited. As the years wore on he stole tiny bits of gold from his master to make her a ring. He fashioned a heart for love, a crown for loyalty and hands as a symbol of friendship. Can you just picture the tiny first claddagh ring being made? After many years he returned home to the village of Claddagh Ireland. To his magical delight he discovered his true love had waited for him. He gave her the ring as a symbol of love, loyalty and friendship forever known now as the Claddagh Ring.

Origin of the Claddagh Ring

It has been said that the trational Irish Claddagh Ring dates back to the 17th century. As the Claddagh tory goes it first came from the small fishing village of Claddagh in County Galway, Ireland. There are many folktales claiming the origin of the Irish Claddagh ring but the most populart story of the claddagh is about the Joyce family.

It is said the the earliest known claddaghh ring has the makers mark of a silversmith, what we now caller a jeweler by the name of Richard Joyce who worked during the 1700's.  Irish legend says that Richard Joycehimself was the lad captured and enslaved by Algerians and sold to a Moorish goldsmith where he learned his craft of silversmithing.

Can you wear a Claddagh Ring if you are not Irish?

Yes you can absolutely wear a Claddagh Ring if you are not Irish. The Claddagh Ring has become known a token of love around the world worn by Irish and those of non-Irish heritage.

Can you wear a Claddagh Ring if you are single?

Yes, you can wear a Claddagh Ring if you are single. Claddagh Rings are often passed down from mothers to their daughters.

Claddagh Rings are a universal token of love for lads and lassies. Claddagh Ringsare worn by both men and women as promise rings, engagement rings and as wedding bands as a symbol of friendship, love and loyalty.

Shop at The Irish Jewelry Company for your Claddagh Ring today!

What are the different types of Claddaghs and Claddagh Rings?

Traditional Irish Claddagh Ring:
This classic claddagh ring with Dublin Assay Office Hallmark dipicting the tradional heart, hands and crown design ... Shop Now>
Fenian Claddagh Ring:
The Fenian Claddagh, also known as the Dublin Claddagh Ring. This version of the Claddagh Ring with two hands holding a heart and no crown was made in Dublin in the 1800's. It became known as the Fenian Claddagh Ring or the Dublin Claddagh Ring. The Fenian Claddagh Ring belongs to a style of European finger rings called fede rings used as engagement rings in medieval and Renaissance Europe.The name fede comes from the Italian phrase "mani fede" meaning hands joined in faith.... Shop Now>
Our Birthstone Claddagh Ring is brilliant. Be inspired. Choose a birthstone to mark a birthday or a special occasion like a graduation or anniversary or to express your personal philosophy..... Shop Now>
Mothers Claddagh:
The mothers claddagh is an unassuming stylized mother and child embrace representative of the Madonna and child. Combined with a traditional Irish claddagh it is a testament to the enduring bond between a mother, her child, faith and their Irish heritage.... Shop Now>
Aran Claddagh:
This designer claddagh rope ring is inspired by the warmth of the Irish wool fibers twisted into the beautiful and strong yarn that is knitted into traditional Aran sweaters. The Aran sweater is a symbol of Irish heritage and traditional Irish customs. The claddagh ring is a symbol of friendship, love and loyalty as inscribed inside the Aran Claddagh Ring.... Shop Now>
Claddagh Stackable Ring:
Our Claddagh Stackable Ring Set is a brilliant blend of an ancient Irish claddagh tradition with a fresh modern design. Our three piece stack claddagh ring set is sterling silver and has real diamond accents in the crown and pave heart. This Stack Claddagh Ring set is a true symbol of eternal Irish friendship, love and loyalty.... Shop Now>
Trinity Claddagh Ring:
Our Trinity Claddagh Ring is beautiful and graceful. This modern new twist on the combination of the traditional claddagh ring and trinity knot takes Irish jewelry to a new level of great design. The Irish claddagh ring is the symbol of friendship, love and loyalty. The trinity knot is the modern Irish love knot. Combining the two Irish symbols is simply brilliant.... Shop Now>
Celtic Couples Claddagh:
Our Celtic Couples Claddagh Pendant pledges your eternal love. The Claddagh is a traditional Irish symbol representing loyalty, friendship, and love. The Celtic Couples Claddagh Pendant is the perfect gift for that special someone in your life.... Shop Now>
Family Claddagh Birthstone Necklace:
This Claddagh Family Birthstone Necklace is perfect to wear alone to represent your own birthstone or in multiples to signify your children. The Claddagh Family Birthstone necklace is completely customizable. You can personalize each family necklace in your choice of birthstone charms and in your choice of chain lengths as an original Mothers necklace. Each birthstone charm can represent a family member, child or grandchild. Either way, no matter the number of claddagh birthstone charms, this Irish family necklace is beautiful. Family & Mothers Jewelry is the perfect way to say thank you mom.... Shop Now> 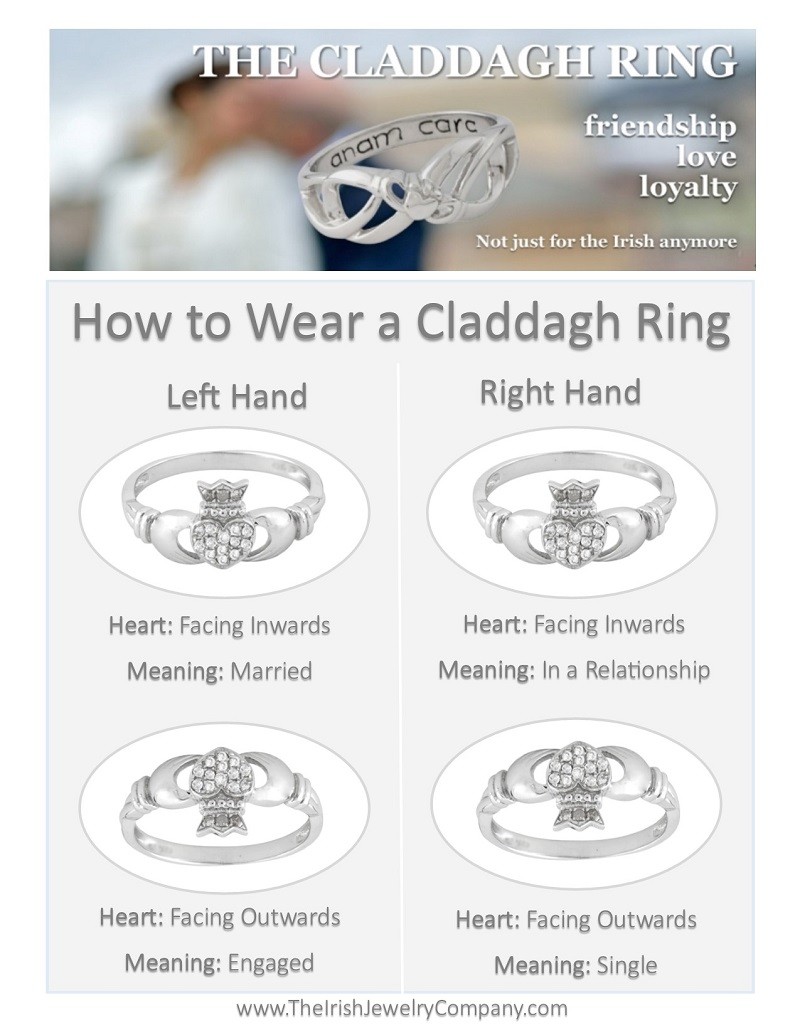